We are pleased to announce the ex-aequo laureates of the Global Migration Award.

Franca Elena Kappes' thesis convinced this year's Jury for it's thoroughness and insightful research.  Franca is currently PhD student at the International Relations and Political Science Department at the Graduate Institute. Her academic interests lie at the intersection of Critical Security Studies, Global Governance, International Political Sociology, and Migration and Diaspora Studies - with a regional focus on the Middle East and Sub-Saharan Africa.

Paradise Lost? The Relational Topologies and Conjunctural Paths of Stateless Diaspora Cohesion and Fragmentation in light of Factionalised Contention

Abstract
Intra-ethnic conflict is not only an important phenomenon in itself but it is also intimately linked to dynamics of inter-group conflict. Although a growing body of scholarship is increasingly more aware of the relevance of individual and group-level processes for the explanation of macro-level outcomes, the lack of systematic comparative assessments of intra-movement fractionalisation has led to a neglect of one sub-group’s agency in particular: Since a stateless diaspora’s ontological security depends on the continued existence of a united “homeland”, imported schisms pose an interesting puzzle: What impact do partisan fractions have on the cohesiveness of stateless diasporas and what factors condition their behaviour? The study adopts a frame-based relational approach and deploys a sequential-mixed-methods-design combining Qualitative Social Network Analysis with Qualitative Comparative Analysis. It relies on data collected through online ethnography and the consultation of secondary sources. The thesis’ main findings suggest that (a) diaspora groups rarely display high levels of factionalisation, and (b) that this is conditioned by host land related constrains and the presence of external incentives provided by transnational advocacy networks and diaspora governance policies.

Maevia's  two-fold thesis, constituted by a film and a report is an unconventional and innovative way of conducting research and it's quality convinced this years Jury for the Global Migration award.

Bridging the Visuals and Social Science Research Gap through Film A Visual Insight into the Stories of Four ‘Undocumented’ Women in Geneva And the Documentary Elles, les (in)visibles

Elles les (in)visibles is a documentary recounting the stories of four ‘undocumented’ women in Geneva. Maevia’s work uses filmmaking as both object and method of her research, as to bridge the gaps between social science knowledge production, under-represented realities and a wider audience. The film concentrates on the lived experiences of four migrant women working in Geneva’s care economy, two of whom have been regularised and two who remain without regular status. This movie looks at the processes of regularisation through the pilot project Operation Papyrus – between 2017 and 2018 in Geneva – which regularised nearly 3,000 people. The audience follows their stories: leaving their homes, crossing borders, finding work as an ‘undocumented’ migrant in Geneva, situations of abuse, exploitation and violence, most importantly their strength and resistance to cope with the situation at hand. Viewers will be able to stop and listen to people who rarely have their voices heard. Director, Maevia Griffiths, explains: “These are the people we all rely on for our society to function, and by watching and listening we can allow recognition of their presence, their suffering and strength as well as their humanity, allowing more symmetric power relations to form, starting here in Geneva, in our own home.” 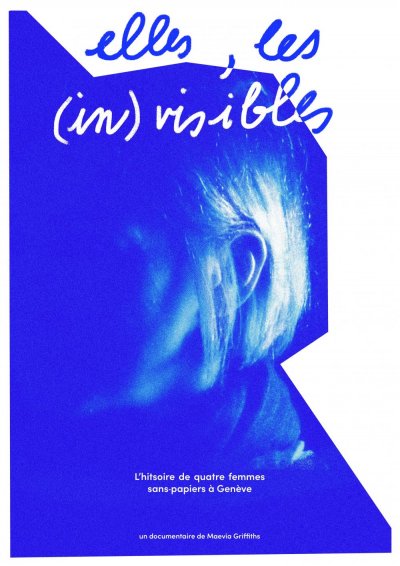 The full texts will be available in the Global Migration paper Series this Autumn.

The next call for papers will take place in October 2022

Stay informed with our newsletters & INVITATIONS