This event is part of the ANSO Department Seminar Series and is the opening lecture of the new ANSO@10 events. The Inaugural Lecture will be followed by a Q&A session. 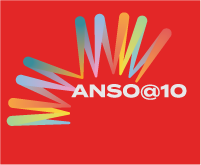 This talk explores the way in which indigenous Gods and belief systems map sacred territory and the way this is contested by mining companies and the state. I evaluate the different rubrics under which the relationship between indigenous religion and land has been recognized, such as customary law, rights of nature, indigenous rights, and intangible heritage.

Nandini Sundar is Professor of Sociology at the Delhi School of Economics, Delhi University. Her research interests include constitutionalism, academic freedom, democracy, law, inequality, and agrarian ecologies. Her recent publications include, The Burning Forest: India’s War against Maoists (Verso 2019), which has been translated into Gujarati, Tamil and Telugu; and four edited volumes, Reading India: Selections from Economic and Political Weekly 1991-2017 (co-edited, Orient Blackswan, 2019); The Scheduled Tribes and their India (OUP, 2016); Civil Wars in South Asia: State, Sovereignty, Development (co-edited, Sage 2014); and Inequality and Social Mobility in Post-Reform India, Special Issue of Contemporary South Asia (co-edited, 2016), as well as journal articles on democracy, authoritarianism and academic freedom.  She was awarded the M.N. Srinivas Memorial Prize, 2003, the Infosys Prize for Social Sciences (Social Anthropology) in 2010, the Ester Boserup Prize for Development Research, 2016 and the Malcolm Adiseshiah Prize for Distinguished Contributions to Development Studies, 2017.  Her media articles are available at http://nandinisundar.blogspot.com.

PLEASE NOTE: Access to indoor public events is limited to attendees with a Swiss or European COVID certificate. In addition, face masks must be worn to all in-person events at the Graduate Institute.

REGISTER TO ATTEND THIS EVENT IN PERSON AT THE GRADUATE INSTITUTE: