A PASSPORT FOR REFUGEES? PAST, PRESENT AND FUTURE ISSUES

PLEASE NOTE: Access to indoor public events is limited to attendees with a Swiss or European COVID certificate. In addition, face masks must be worn to all in-person events at the Graduate Institute.

A PASSPORT FOR REFUGEES? PAST, PRESENT AND FUTURE ISSUES

The Fondation Mémoire Albert Cohen  and the Global Migration Centre are very pleased to invite you to  the international conference: A passport for refugees ? Past, present and future issues, Wednesday 13 October 18:30. 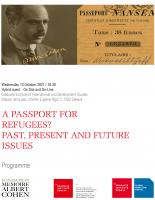 Guy S Goodwin Gill
Guy S Goodwin-Gill is Professor of Law at UNSW and Deputy Director of the Kaldor Centre for International Refugee Law. He was the Acting Director from 2017-2018, and is also Emeritus Fellow of All Souls College, Oxford and Emeritus Professor of International Refugee Law at the University of Oxford. He practised as a barrister from Blackstone Chambers in London from 2001-2018, specialising in public international law generally, and in human rights, citizenship, refugee and asylum law. He represented pro bono the Office of the United Nations High Commissioner for Refugees (UNHCR) as ‘Intervener’ in the House of Lords and Court of Appeal, was counsel for refugees and asylum seekers in the Court of Appeal and Supreme Court, and has acted in the International Court of Justice and the European Court of Human Rights. He has held academic appointments in the United Kingdom, Canada and the Netherlands, and has been a Visiting Professorial Fellow at the Université Libre de Bruxelles, the Geneva Academy of International Humanitarian Law and Human Rights, the University of Melbourne, and the European University Institute in Florence. He has published widely in the areas of international refugee law, human rights law and humanitarian law, child soldiers, and free and fair elections. Professor Goodwin-Gill was the President of Refugee & Migrant Justice (London) for 13 years, President of the Media Appeals Board of Kosovo from 2000–03, and the Founding Editor and Editor-in-Chief of the International Journal of Refugee Law (1988–2001), where he remains on the Editorial Board. Between 1976–88, he worked for UNHCR in various roles, including as Senior Legal Research Officer, Legal Adviser (Europe and North America Bureau), Deputy Chief Resettlement, and Legal Adviser (Australia and New Zealand). He obtained his BA (Honours), MA and doctorate from the University of Oxford.

Dr Madeline Garlick
Dr Madeline Garlick, Chief, Protection Policy and Legal Advice, the UN Refugee Agency, UNHCR,   leads UNHCR’s development and production of global guidance on the interpretation of refugee law and provision of legal advice to States, other partners and UNHCR staff on the rights of refugees and other displaced people. She was responsible for UNHCR’s liaison to the EU institutions on asylum for ten years, and has served with the UN in Iraq, Kenya, Cyprus and Bosnia and Herzegovina. She teaches on an occasional basis at Sciences Po, Paris, at the Refugee Studies Centre at Oxford University, and at the College of Europe in Bruges. She is qualiﬁed as a barrister and solicitor in Victoria, Australia.

Prof. Martin Lemberg-Pedersen
Dr Martin Lemberg-Pedersen is an Honorary Associate Professor at the University of Warwick´s Department of  Politics and International Studies, and is also the Head of Policy and Society at Amnesty International Danish section. He holds a Ph.D. in political philosophy from the University of Copenhagen and is also a research associate with the Advancing Alternative Migration Governance (AdMiGov) project, a consortium under the European Commission´s Horizon 2020 programme. He has held visiting fellowships at the Refugee Studies Centre, Oxford University, UK, at Harokopio University Athens, Greece, and at Kwame Nkruma University of Science and Technology (KNUST), Ghana. He has published widely in international top journals, edited volumes, research reports, and popular venues European and Western displacement governance from postcolonial, political-economic and ethical and justice perspectives data craving and monetization of information systems in humanitarian and asylum politics and marketization dynamics in European border control according to military-industrial interests. Dr Lemberg-Pedersen has also researched EU relations to Greek, Turkish and Libyan migration politics, EU deportations to Afghanistan and contingent parallels between the transatlantic slave trade and current Western politics on the externalization of migration controls.

Helge Lunde
Executive Director, International Cities of Refuge Network. Helge Lunde (1961) was the director of Kapittel, Stavanger International Festival of Literature and Freedom of Speech from 1998-2005. During the same period he was responsible for Stavanger as City of Refuge for persecuted writers, and worked together with Norwegian PEN to develop the network throughout Norway and beyond. Lunde was among the main figures behind establishing ICORN, the International Cities of Refuge Network in 2005 when the original network International Parliament of Writers was dissolved. He became its first executive director, a position he has been holding since.

Max Mamou
Président de la Fondation Mémoire Albert Cohen, is a lawyer and President of the Fondation Mémoire Albert Cohen, created by Myriam Champigny, the authors only daughter (1921- 2018).Together, they conceived and partook in   Rencontres de 1995 (Jérusalem), 2005 (Marseille), 2009 (E-colloque), 2010 (Corfou), 2011 (UNIGE) and from  2016 (All Souls College, Oxford), to raise awareness of the writer's work and legal action in defence of the rights of refugees. 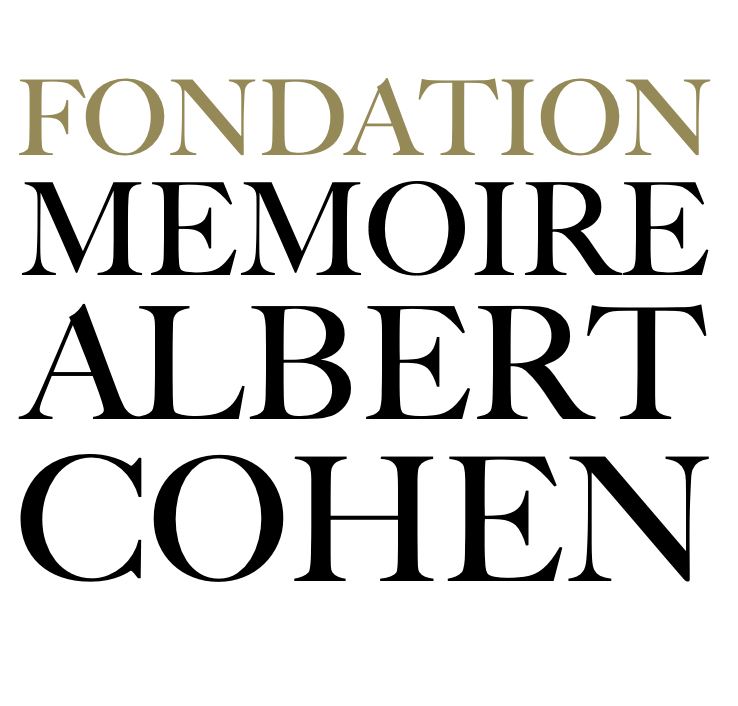 REGISTER TO ATTEND THIS EVENT IN PERSON AT THE GRADUATE INSTITUTE: