Ximena Osorio Garate, third year PhD candidate at the Graduate Institute, discusses the personal and intellectual motivations driving her research on state anti-natalist violence, which remains largely invisible globally. Her work reveals the paradoxes of this type of violence and the power relations that underpin it. In doing so, she challenges mainstream approaches to the study of violence and power and the assumptions perpetuating certain global governance practices. 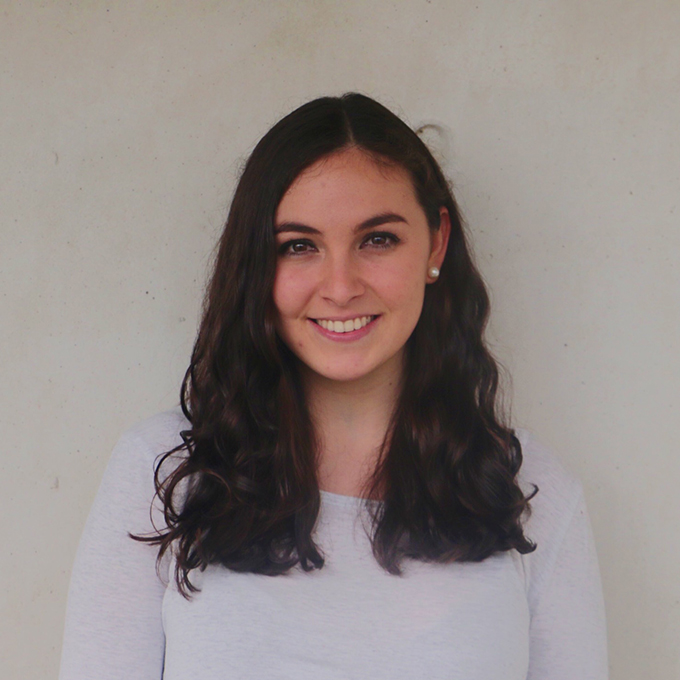 My PhD thesis is deeply personal; I decided on a topic that I was passionate about and that was important to me personally and intellectually. As a feminist and a Peruvian woman, I was concerned with my country’s history of violence against women, and an issue that I found particularly troubling and that I connected with was the forced sterilizations of indigenous women during the 1990s.

Your PhD project investigates technologies used by the state to violently control reproduction. How prevalent are these practices globally, and what form do they usually take?

When we think about state-sponsored reproductive violence, and in particular, of forced and coerced sterilizations, we tend to think of the eugenics movement of the early 20th century, or of abusive population control practices in the Global South during the 70s and 80s. In either case, we think of these practices as unfortunate tragedies of the past that we have since corrected. However, the violent control of reproduction is present around the world to this very day. For instance, in 2020 we have learned that immigrant women in ICE detention centres in the United States have been subjected to unwanted hysterectomies, and that Uighur women have been forcibly sterilized by state officials in China’s Xinjiang region. Similarly, as recently as 2018, indigenous Canadian women have denounced coerced sterilizations after childbirth. As we can see from these cases, reproductive violence is prevalent within state institutions, and primarily affects the bodies of gendered and racialized others.

Your research reveals the paradoxical nature of these (bio)political interventions. How, exactly, are they paradoxical?

When we think about violence, in particular in International Relations, we think about war and conflict, about torture, or about wartime sexual violence. However, forced and coerced sterilizations do not take place in the battle field and are not performed by combatants, they are performed by a team of medical professionals in the context of the clinic, usually understood as places of care. Further, anti-natalist violence affects the intimate space of reproduction, it is a medical yet violent intrusion in the reproductive organs. Yet these interventions are not isolated and private events, they are shaped by global relations of race, gender, and colonialism. And finally, forced sterilizations are widespread, affecting hundreds of thousands of women around the world, but it is a type of violence that remains largely invisible.

How is your approach unique as compared to the mainstream International Relations studies of violence and power?

I draw heavily from feminist and decolonial perspectives that understand that power needs to be constantly enacted and practiced in our everyday lives, and that violence is re-productive of power relations. In other words, violence is a practice needed to sustain and re-produce the systems of domination that make it possible. In terms of my research, this means that the forced and coerced sterilizations of indigenous women are made possible by particular gendered, racial, and colonial arrangements that are not abstract or absolute, but that are routinely reproduced in ‘small’ socio-material practices relating to doctor-patient relations, the production of techno-medical devices and knowledge, development agencies and interventions, to name a few. Simultaneously, I understand anti-natalist violence as taking part in the gendering and racializing of bodies, making it possible for some bodies to be deemed ‘intervenable’ or ‘sterilizable’ by the state.

Besides these theoretical contributions, what does your work mean for global policy practice?

My research shows how the forced sterilization campaign in Peru was entangled with practices of international development and population control, involving many of the international organizations and NGOs based in Geneva and which operate around the world. As such, my work reconsiders global governance processes as something other than unadulterated ‘goods’ disentangled from global power relations, but as practices than can be re-directed and mobilized for violent, racist and sexist ends. In this respect, it challenges the assumption that development practices are somehow ‘neutral’, highlighting their inescapable history and politics. From this perspective, rather than producing global policy-relevant research, my work aims to understand the politics of what is ‘global’ and whose ‘policy’ is being practiced, and what it does to sustain (or challenge) relations of power and domination.

Deciding on a PhD topic and research question is not always easy. How did you decide to focus on this important topic?

My PhD thesis is deeply personal; I decided on a topic that I was passionate about and that was important to me personally and intellectually. As a feminist and a Peruvian woman, I was concerned with my country’s history of violence against women, and an issue that I found particularly troubling and that I connected with was the forced sterilizations of indigenous women during the 1990s. How could it be possible that around 300,000 women, mostly indigenous and Quechua-speaking, had been sterilized through coercion, manipulation, and force at the hands of the state? And, further, how could it be possible that something that I saw as being so violent had been normalized, legitimized, or invisibilized in Peruvian society? These questions motivated me to pursue a PhD on the topic of anti-natalist violence and reproductive control, and drive the feminist and decolonial politics of my research.

You also work as a research assistant for the SNSF-funded project “Explaining International Organizations’ Mission Creep: How International Bureaucrats Shape Bioethics” led by Prof. Annabelle Littoz-Monnet and hosted at the Global Governance Centre. How has this experience shaped your PhD research project?

Working with Prof. Littoz-Monnet is an absolute privilege and joy. As a junior scholar, working closely with an established professor in an SNSF-funded research project has been a fundamental learning experience both professionally and intellectually. Being involved in the initial stages of following an idea, seeing it develop into a research question, participating in the interviewing process, and writing out our findings, has given me first-hand experience of conducting a research project that is essential for the development of my own PhD research. My work at the Global Governance Centre has also encouraged me to have a more global outlook of anti-natalist violence, allowing me to make new connections and see the inter-relations between the localized practice of forced sterilizations of indigenous women in Peru and the global politics of reproductive health and population governance.

Ximena Osorio Garate is a third year PhD Student in International Relations/Political Science, at the Graduate Institute. Her PhD project is entitled “Technologies of Anti-Natalist Violence: Forced Sterilizations and the Production of Intervenable Bodies.”