El Mehdi Zairi Tlemcani, Giulia Manccini and Alex Whitebrook all walked across the stage in the Ivan Pictet Auditorium on 13 September 2019 to receive their master’s degrees. On 21 September, they were in New York City as participants in the UN Youth Climate Summit, where young leaders passionate about climate action gathered to engage with world leaders to showcase their solutions for the global problem of climate change.

Mr Zairi (Master of International Affairs) and Mr Whitebrook (Master in Development Studies) were selected from a pool of 7,000 applicants to take part in the Summit – as representatives of Australia and Morocco, respectively – to push forward initiatives for greater action to combat the climate crisis. Mr Zairi’s advocacy work in Morocco has contributed greatly to youth capacity building processes and funding access for the United Nations Framework Convention on Climate Change (UNFCCC). And as a board member for Oceania at the World Youth Parliament for Water (WYPW), Mr Whitebrook has raised awareness about and advocated for including a youth perspective in the water sector’s initiatives.

“We can no longer ignore the magnitude of the challenge facing our generation because of the inaction of previous generations and the incoherence of governments’ public policies”, said Mr Zairi.

In addition to attending the Youth Climate Summit, coalition meetings on carbon pricing and climate finance, and the UN Climate Action Summit, Mr Zairi was selected to represent the African continent and the francophone world as part of “Voices for the Future”, an immersive art installation produced in collaboration with artist Joseph Michael and environmental charity Project Pressure. He was one of six youths who had their words for climate change action projected onto the UN headquarters in New York:

Ms Manccini (Master in International Law) is part of the United Nations Major Group for Children and Youth (UNMGCY) and was invited by the United Nations Office for Disaster Risk Reduction (UNDRR) to make an intervention about migration in the context of climate change and disasters during the Climate Action Summit Coalition meetings. The main message called for countries to accept human mobility as an adaptation strategy to climate change and disasters, instead of viewing it as a failure to adapt, as well as for the creation of safe pathways and protection mechanisms for those impacted. 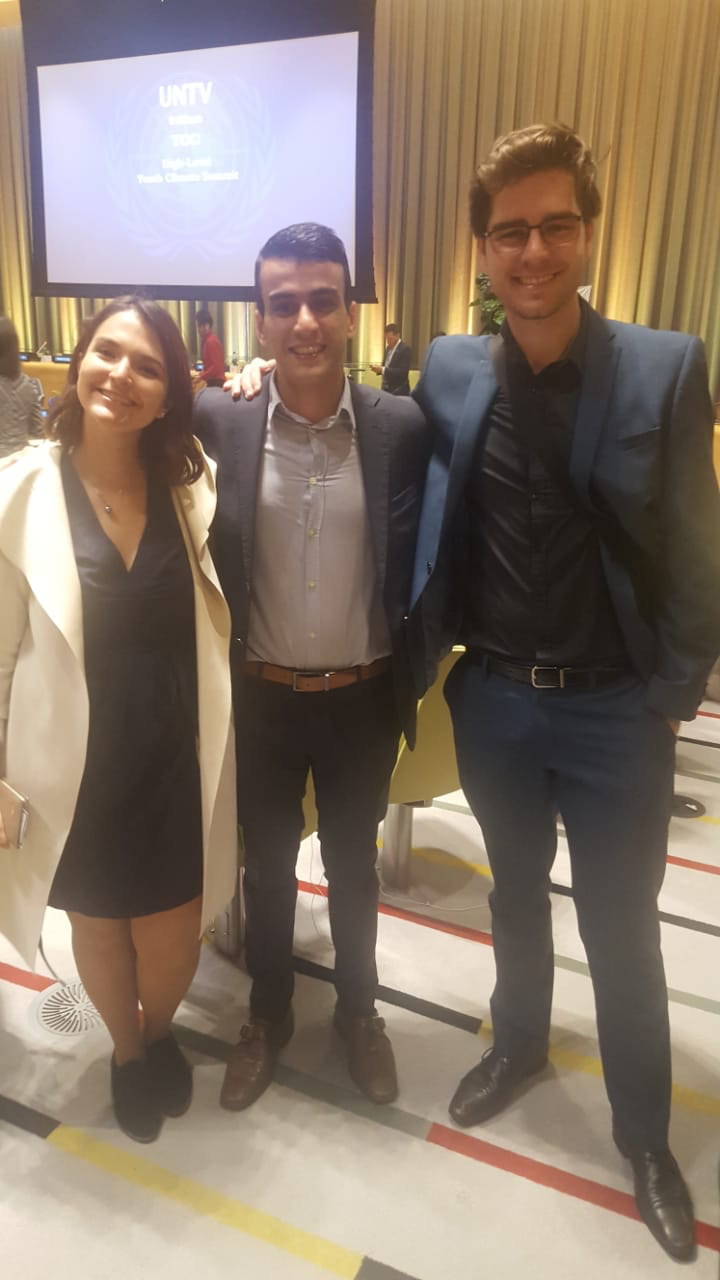 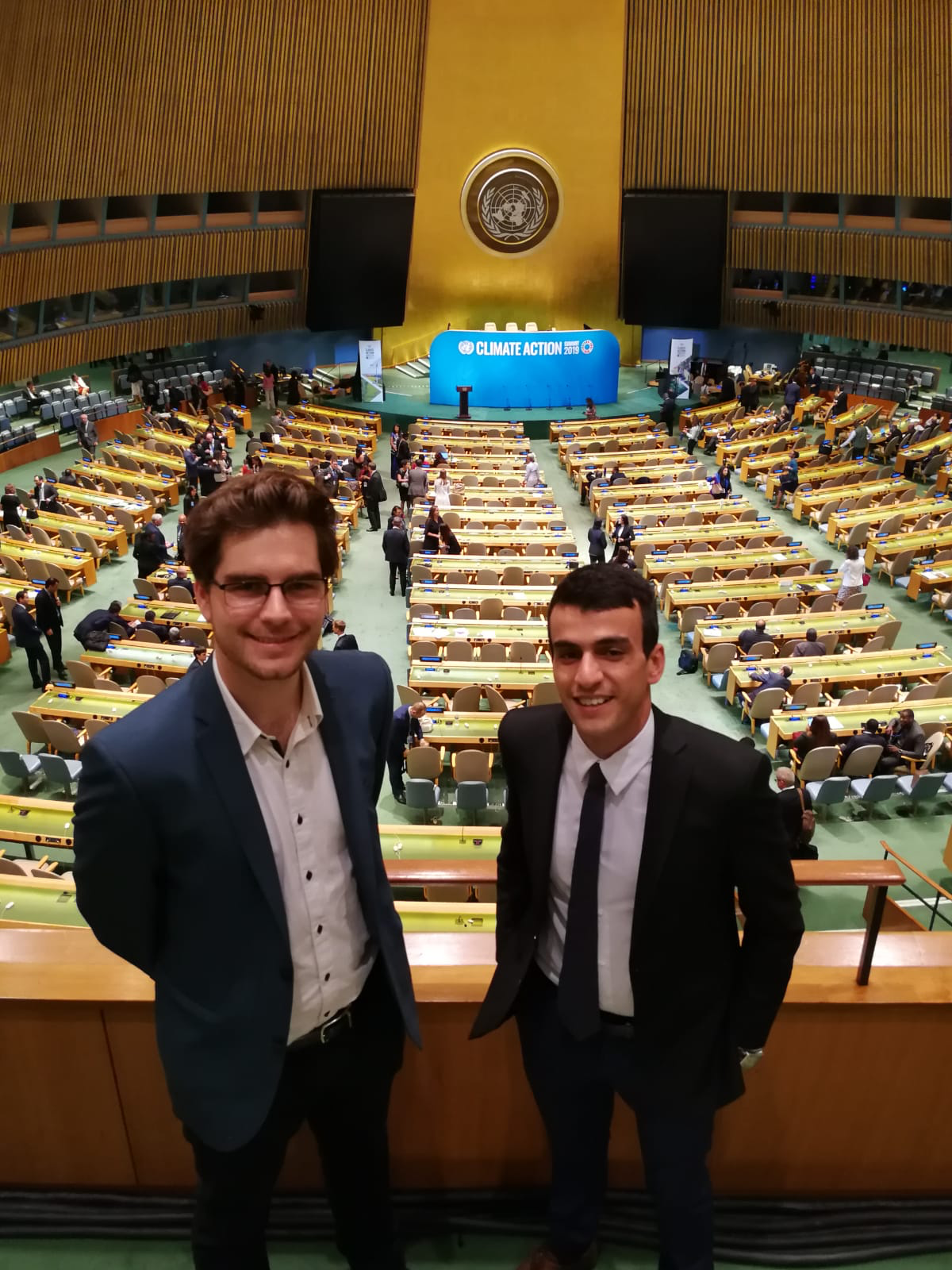 Mr Whitebrook and Mr Zairi in the General Assembly Hall.