Co-Director of the Centre for Trade and Economic Integration

This project employs state-of-the-art text as data analytics and network analysis tools to investigate patterns of convergence and divergence in two areas of international economic law, examining trade and investment: (1) the universe of free trade and investment protection agreements and (2) the network of investment awards and trade panel/Appellate Body reports.

International economic law increasingly has to confront problems of a “big data” nature. Faced with a proliferation of thousands of bilateral investment treaties (BITs), hundreds of free trade agreements (FTA) and an ever-growing body of case law rendered by WTO panels or investment arbitrators, it becomes exceedingly important to find new ways to organize and analyze this complex and atomized structure of international economic law.

While in the past it was either prohibitively costly or simply impossible to investigate thousands of treaties or hundreds of awards, the advance of technology and, in particular, of big-data analytics provides new tools to conduct innovative and insightful legal empirical analysis with a view to revealing yet undiscovered structures running through international economic law.

This project employs state-of-the-art text as data analytics and network analysis tools to investigate patterns of convergence and divergence in two areas of international economic law, examining trade and investment: (1) the universe of free trade and investment protection agreements and (2) the network of investment awards and trade panel/Appellate Body reports. This project will make a novel contribution to these efforts by providing big data solutions to big data problems. Revealing the structures of convergence and divergence in both areas of international law using text-as-data analytics and network analysis tools will help policy-makers and negotiators, in particular in developing countries, to better understand the current structures of international economic law and to help evaluate its need for reform.

The projects draws from recent advances in computer technology to reveal hitherto undiscovered structures running through international economic law. In particular, this project will use state-of-the-art text-as-data analytics and network analysis to investigate patterns of convergence and divergence in international trade and investment law. Our research will focus on:

Text-as-data approaches are derived from natural language processing and information retrieval. On one end of the spectrum, text as data may simply denote the use of computers to do what humans used to do: count terms following a human-made coding scheme. This automation of information retrieval drastically reduces the cost of doing research. Large bodies of texts can be assessed in minutes or even seconds. Moreover, once a code retrieving legal information is written, it can be easily adjusted to capture different elements or extended for application to new contexts. Its versatility and low costs thus replace, at least to some extent, the traditional human coder. On the other end of the spectrum, text as data also comprises the use of statistical tools to extract information without human supervision. Having computers run coding schemes accelerates traditional empirical research, but does not revolutionize it.

Social network analysis is only now beginning to be applied to the study of law more generally. A small but growing number of academics have begun to study networks of legal operators, cases, statutes, and articles to describe those networks and examine their evolution and possible effects on doctrine. Our project examines case-specific tribunals as “nodes” and investigates outward and inward citations as “ties”. The information will allow us to determine the properties of the investment case law network: What is the “density” of this network, and how “centralized” is it? Are some cases more central in the network than others? Is there an evolution in the number of ties, structure/centrality of the network itself, or centrality of the specific nodes within the network? 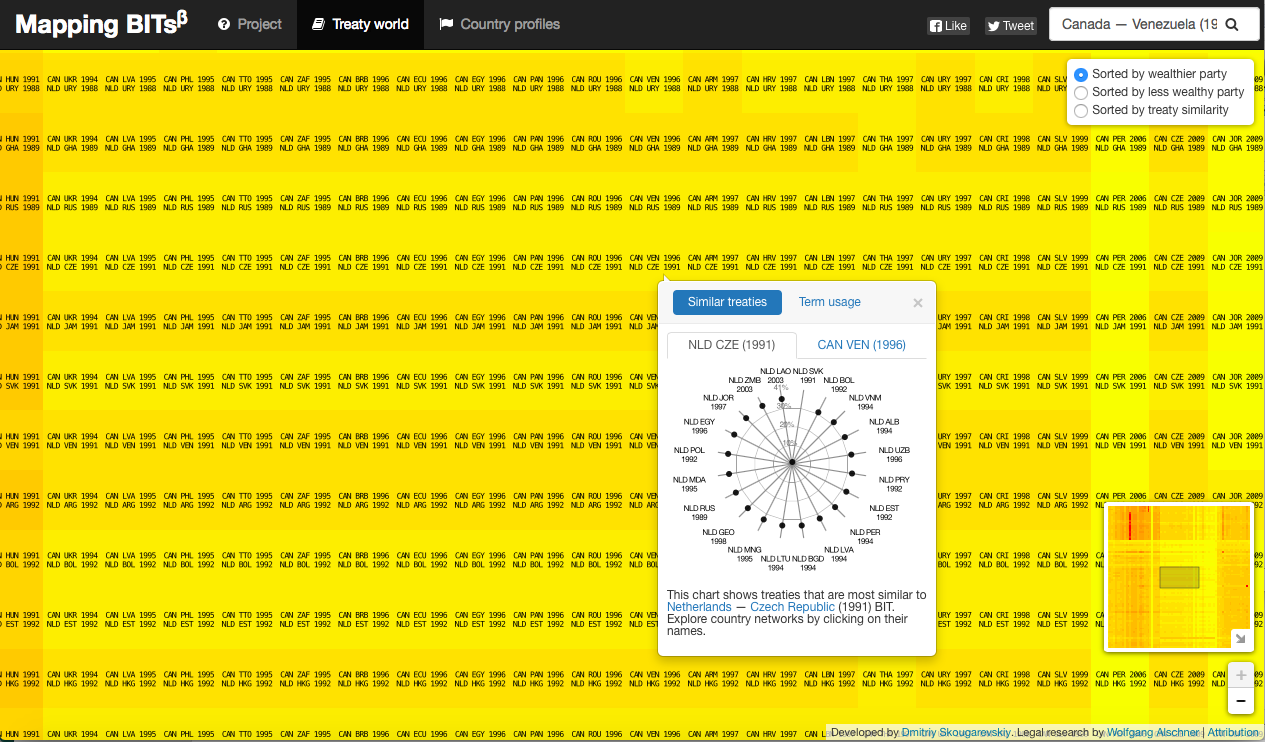 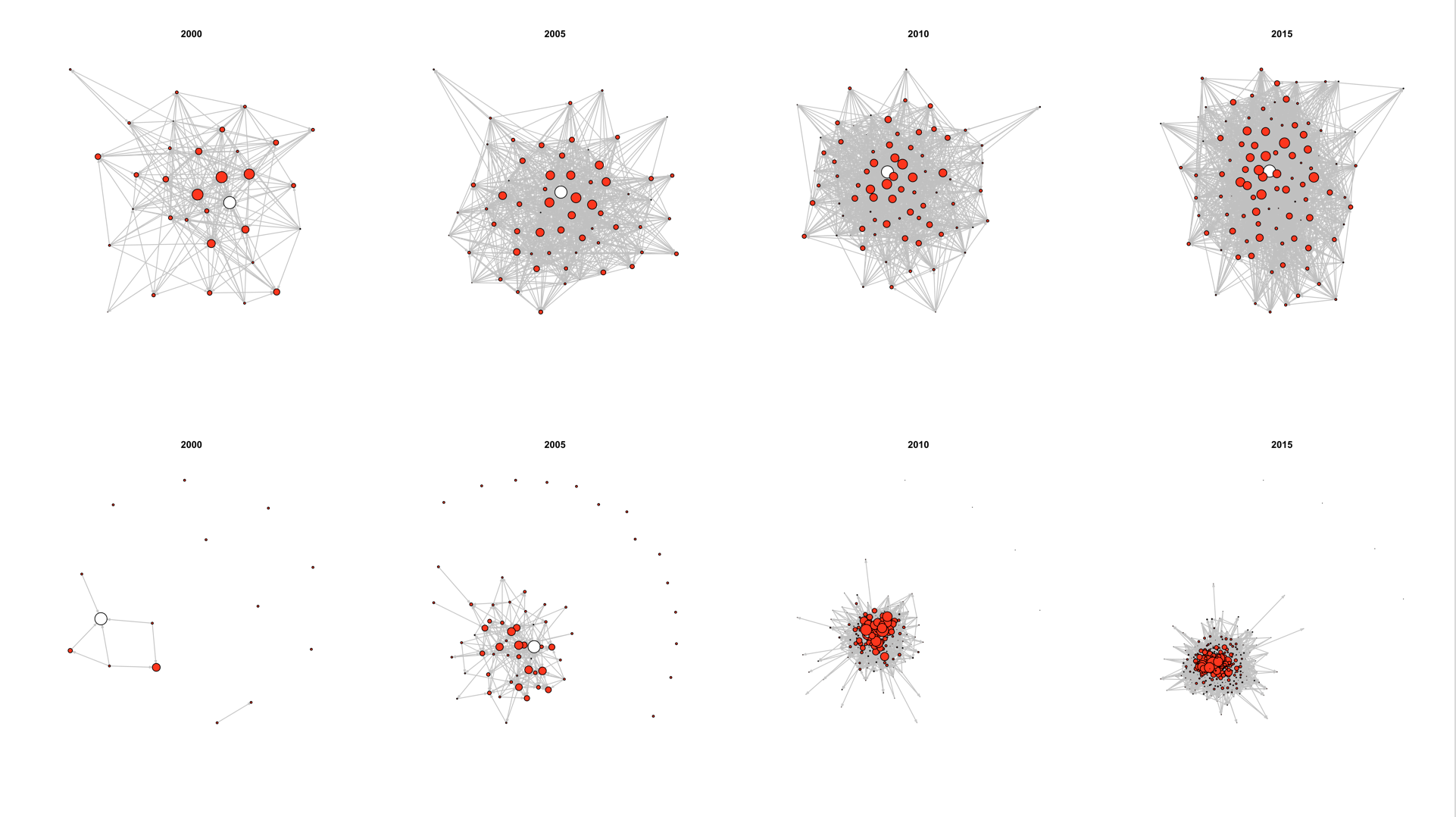 The evolution and current status of De Facto Stare Decisis in international trade and investment tribunals: how to understand the present by looking into the past

Co-Director of the Centre for Trade and Economic Integration