The Global Governance Centre (GGC), the Centre for International Environmental Studies (CIES) and the Interdisciplinary Programmes (MINT) invite you to an online conference "Environmental Protection in Antarctica; Temptations and Accountability".

Antarctica, the world’s seventh continent, is seldom in the news. In popular imagination, it is a remote and inaccessible continent that is completely covered in ice. A continent whose environment remains pristine.  While Antarctica is occasionally in the news for its melting glaciers, no one hears of competition for its natural resources or of the hundreds of scientific research stations carefully positioned along its shores by some of the world’s most powerful nations.

The continent is governed by the Antarctic Treaty System (ATS), which is widely celebrated  by legal scholars as being one of the most successful international legal regimes.  Born in 1959, the Antarctic Treaty demilitarized the continent, dedicated it to peace and scientific research, and later introduced a ban on mining and a series of environmental regulations through its Environment Protocol.

This conference will ask whether Antarctica’s environment is truly protected, and if so, if this is the result of the ATS, or rather of the multi-year ice that still covers large swathes of the continent. It will challenge the conventional wisdom that Antarctica remains untouched, examining the impact of scientific activity on Antarctica’s fragile environment, and asking whether and for how long the ban on mining will hold.  Looking to the future, it will explore how the international community might successfully ward-off competition for Antarctica’s mineral and other resources.

Please see the full programme of the conference below. 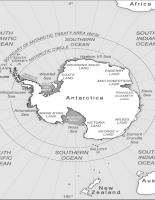 This is an online event.