If Bolsonaro had read Machiavelli

As Brazil is finding itself in the frontline of important political decisions, what are the possible scenarios to manage the current health crisis in the country? Yanina Welp, newly appointed Research Fellow at the Albert Hirschman Centre on Democracy, examines this question.

Jair Bolsonaro reached the Brazilian Presidency with a stroke of luck, taking advantage of the window of opportunity that allowed him the impeachment of former President Dilma Rousseff and, curiously, a stab that left him out of the game in the electoral campaign. From the hospital he positioned himself as the savior of the homeland, ‘harassed by the communists and the perverts’. He gained the adherence of neo-Pentecostals and avoided debates that would have exposed his intellectual, emotional, and cognitive limitations. Without an absolute majority - nothing new in the Brazilian multiparty system - he seemed forced to build agreements in order to promote his government program. But Bolsonaro, a former military man with an authoritarian profile, does not know or want to negotiate.

During Bolsonaro’s mandate, the institutions of horizontal control have worked on more than one occasion against his controversial policies. But there is no room for optimism. Without sufficient support in Parliament  Bolsonaro has chosen to lock himself up in ‘administrative unilateralism’. When the Legislative takes the initiative, the Executive changes the status quo of the laws approved through decrees and modifications in the Government organization chart that radically alter the final result. A policy decided is radically modified and or the implementation is blocked or altered. This has led to a growing confrontation between both powers. Bolsonaro even launched a march against the institution from the shadows on March 15. In those days, the possibility of a Fujimori-style self-coup was on the table.

Brazil had been showing a serious deterioration of democracy, with the attack on indigenous communities, the LGTBI movement, the media and all sectors from the opposition in general. But unfortunately we know that economic performance makes it easier for rulers to remain in power. Although the reactionary agenda and the loose verb allow the president to divide and mobilize the most radical within his electorate (the ‘minoritarian strategy’ that Octavio Amorim Neto has described), he has no carte blanche. His support has been falling in parallel to the poor economic performance of the country. And then came the pandemic generated by the spread of Covid-19.

Every day Bolsonaro gives lyrics to hundreds of comments in networks and in the media: that the virus produces a ‘gripiña’, that it must be faced ‘as a man and not as a child’ or that Brazilians are immune by nature; he offers natural remedies whose efficacy is unproven and accuses the media of promoting ‘hysteria’. I could expand on the list of his nonsense, but as Edward Luce (editor in chief of the Financial Times) has said in relation to Donald Trump, that is what he seeks: to distract attention from what really matters. For the purposes of this article, two things matter: How is Brazil coping with the pandemic? And what is the future of the Government?

The pandemic
On March 30, the global database of the John Hopkins University records 4,256 infections and 136 deaths for Brazil. The line is going up, but it is less steep than in the United States or Spain. Meanwhile, the data is less reliable because there are few means of control and the Executive promotes denialism. In any case, the virus is already transmitted in the country, out of control, and everything suggests that the numbers will continue to grow in the coming days.

In managing a health crisis such as the current one, it is required: 1) appropriate information to make decisions aimed at alleviating the effects of the pandemic on health and the economy, 2) to make those decisions, 3) to have material (hospitals, medicines, respirators) and human resources (all health personnel) to care for the sick, 4) to coordinate with all key actors, from the World Health Organization (WHO) to municipalities, professional associations and the media to make the decisions taken are effective, and 5) to implement a communication plan that explains what is happening and instills confidence in the population, encouraging compliance with the measures.

Let us start with the information. Covid-19 is a hitherto unknown virus, so there is more uncertainty than certainty about its cure. I do not have the skills to get into this matter. What I want to emphasize is that there should not necessarily be a single recipe for taking decisions, and that right now, although quarantine and social distancing are the dominant measures in a hundred countries, there are differences in their modalities (voluntary in Switzerland, compulsory in Spain, among many others that could be highlighted). What does seem clear is that decision-making must be done with qualified information and including the main social actors: scientific community, authorities, associations. None of that: Bolsonaro prescribes hydroxychloroquine on Twitter, without any scientific basis (by the way, this social network eliminated this and other messages because it considers that it violates their codes of conduct).

Bolsonaro does not resort to the appropriate sources of information and his actions, more than a product of decisions, are part of an uninterrupted, radicalized and incoherent discourse. He talks about quarantine and, a while later, posts photos on Twitter while walking around the city, then exempts religious groups and lottery houses from confinement and suggests limiting it to at-risk groups.

Next question: Does Brazil have the human and health resources to manage the pandemic? Everything seems to indicate no. More than half of the regions have less than one Intensive Care Unit for every 10,000 people, the minimum recommended by the WHO, and there are 123 regions that have none; the maximum precariousness is concentrated in the north and northeast. As if that were not enough, Bolsonaro's son opens an absurd diplomatic conflict with China, which is the key country at the moment to offer the necessary health resources.

Total lack of coordination: at this moment, the governors of 26 of the 27 states have contradicted the president, stating that they will follow the advice of the WHO. Bolsonaro responds by accusing them of having started the race for the Presidency by 2022. Even a judge has ordered him to refrain from campaigns that endanger public health. And Vice President Hamilton Mourão has spoken in favor of confinement. There is no need to talk about the (no) communication plan.

The future of the Government

Machiavelli said in The Prince that when a ruler comes to power by fortune rather than by personal abilities, it costs him little to get there but much to maintain himself, because his power depends on the loyalty of his benefactors. Bolsonaro's benefactors were various, and everyone could have every day more reasons to conspire against him. The strategy, which Machiavelli so well described, is alien to the verbiage and egomaniac Bolsonaro, who surely has not read the Florentine writer (and if he did it, underestimated did not understand the reading). The economy is going badly, Congress has been facing the president for months, and the Judiciary too. Governors are uncomfortable and scared because Brazil is not prepared for the emergency and developments in other countries are alarming them. At night citizens are beating kitchen utensils loudly to express their rejection of the Government. The military looks attentively at Vice President Hamilton Mourão.

The scenario is very bad and everything suggests that it will worsen, because contagion and deaths will soon skyrocket, the health system will show its limitations and the economy will also fall. 36% evaluate the government as ‘lousy’ and 31% as ‘regular’. 92% think that the crisis will have a serious impact on the economy, and the percentage of the population that is very concerned about the pandemic has gone from 50% to 70%. The alternatives seem to range from resignation, impeachment, self-coup, or coup.

Neither impeachment nor resignation are probable. The impeachment takes time and some agreements that are not on the table. In addition the moment does not admit more procrastination. No one expects the president to step back of his own free will, least of all if, as now announced, the leaders of the opposition parties ask him to do so. Self-coup or Viktor Orbán-style of power concentration in Hungary, if the pandemic progresses and generates a crisis situation, could be an alternative. But Congress should approve any measure in this way and Bolsonaro has no support. The military are unhappy, they have already met, they plot. A Coup then? Not in its classic model, with uniforms raising weapons. There could be expected a suggestion, in the ‘format’ recently explored in Bolivia, that would find the vice president ready to take the reins without an institutional break (contrary to what happened in Bolivia). This may help to better manage the pandemic, but it would not be good news for the declining Brazilian democracy.

This article is part of the Democracy Centre’s series of commentaries on the effects of the novel coronavirus on democratic experiences around the globe. A Spanish version of it was published on March 30 2020 by Agenda Pública. 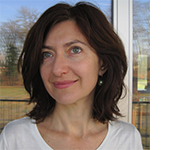 Yanina Welp is Research Fellow at the Albert Hirschman Centre on Democracy. She is editorial coordinator at Agenda Pública and founder member of the Red de polítólogas. Her main topics of research include the introduction and practices of mechanisms of direct and participatory democracy, digital media and politics as well as social movements, political parties, and democratization processes. She has published extensively on these topics in academic journals and books.