The politics of Panama in the pandemic 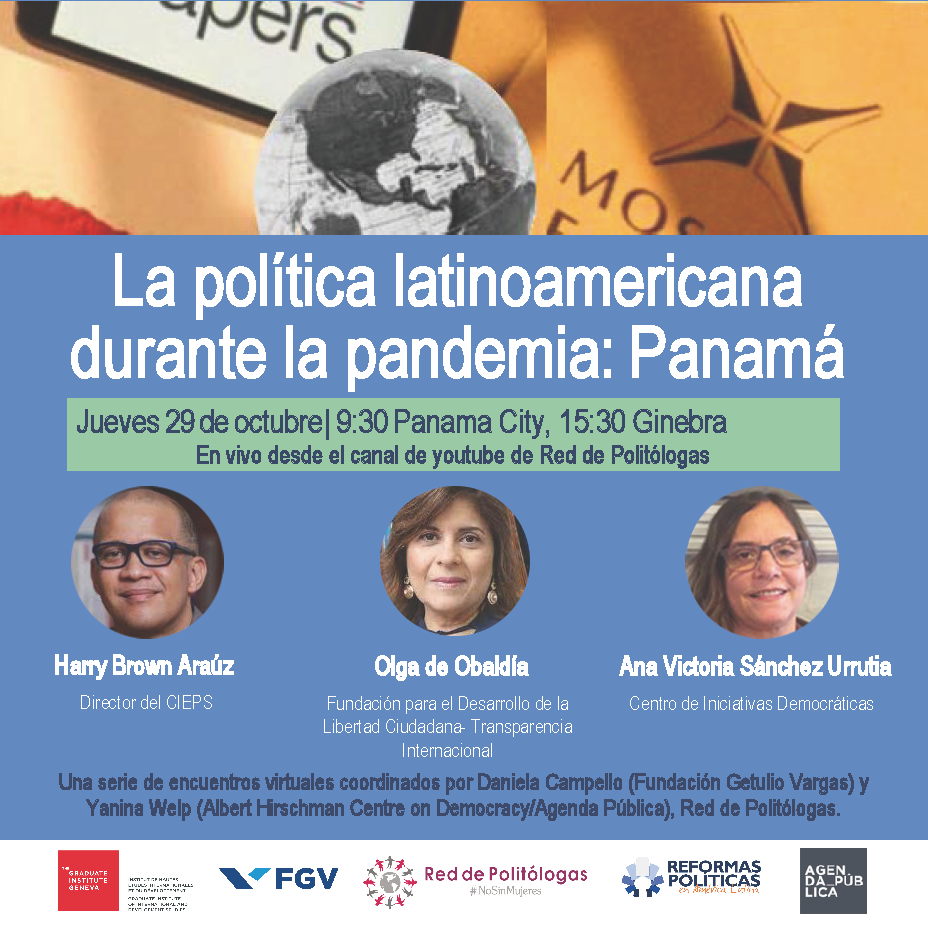 The general lockdown was decided early and was especially harsh in Panama. However, high numbers of new cases and death rates have shown that quarantine did not work as it was expected. In July, the country of four million inhabitants headed the list of countries of the region with the highest cases of contagion per 100,000 inhabitants. This can be explained by structural issues such as poverty, a precarious health system, an important informal market, and an ineffective state action. At the same time, neopentecostal churches pushed for measures that jeopardized human rights. For instance, different confinement hours were assigned to men and women. They were strictly enforced by the police, resulting in hundreds of detentions. This gave place to institutional violence against vulnerable groups, especially the poor and LGBTQ+ community members. As most governments, at first, President Laurentino Cortizo saw his popular support increase. The lack of control of the legislative and the judiciary allowed the government to spend public resources with no supervision. However, since then, contagion, as well as Panama’s public debt and denounces of corruption, keep skyrocketing.

Panama’s government activated the juridical figure state of emergency, rather than state of urgency. Some analysts have considered that the latter would have been more appropriate. However, the former allowed for circumventing both legislative control and discussion over the policies and investments decided. At first, the measures’ quickness and enforcement were well received by the public. After some time, however, their lack of efficacy became evident. With the media’s support, and the legislative and judiciary in quarantine the executive was able to take decisions with no control.

2. from a Pentecostal moral

Confinement was severe in Panama. It began in March, with the enactment of a law from 1946. Measures were primarily created to control the population rather than for sanitary protection. Examples of such measures include the guidelines regimenting the times at which men and women were allowed to leave their homes to walk or do sports. These were scheduled to take place on different days (to keep them apart on a gender basis). This measure was strongly questioned by associations advocating for the defence of human rights, especially for the LGBTQ+ community. As a result, hundreds of detentions relating to non-compliance of confinement measures took place, and these detentions did not respect fundamental rights.

3. Copy-paste of policies from developed countries that would not be able to work

With a highly deficient health system, avoiding the rapid virus’s propagation through social distancing would have seemed a good idea. However, with Panama’s informal economy rates (around 45% and 55%) and quite limited state capacities, confinement was not possible for many. Because of this and in spite of the hard measures, confinement was not strictly followed. The strength of security forces was activated and around 500 arrests were counted only in July.

Suspected cases of corruption might have been the result of the lack of control and transparency during some public procurement processes. The government approved direct and indirect aid that have not yet reached their target, namely the general population. In some cases, they have reached society through clientelist networks. Panama’s debt has risen to around 60% of GDP, and organised crime has been growing as well.

5. A fragmented and increasingly distrustful society

In Panama, social mobilisations and protests take place quite often. However, civil society is not yet strongly organised and lacks legitimacy. Those are some factors that endanger any possible alternative policies. According to the International Centre of Political and Social Studies in Panama’s (CIEPS) survey, both disenchantment with democracy and interpersonal and institutional distrust are growing. This creates quite a dramatic landscape. The population trusts the churches and the media, and Pentecostal churches are increasingly more relevant in the political arena. The application of confinement measures pushed for by these churches seemed to cater to moral concerns rather than to health necessities.

6. The ambivalence of the media

The media’s role was defined as double-edged but important. On the one hand, the traditional media continued to lobby for economic interests according to their own priorities. On the other, complaints and attempts to keep the government accountable relied on media outlets, particularly alternative media.

Link to the full event in Spanish here.