After earning her Master in Development Studies, Noor Cornelissen went on to work in the international humanitarian field. Here she explains  how her time at the Institute equipped her with insight and a critical mindset to overcome the challenges she faced in her career.

When I decided during my undergraduate studies that I wanted to gain a deeper understanding of international development, it seemed only logical to continue my studies in Geneva. Where better to learn about the intricacies of this sector than in its historical heart? Where else to grow professionally than alongside the headquarters of the institutions that govern it? So, in 2013, I enrolled in the Geneva Graduate Institute for my Master in Development Studies. Nearly ten years later, I still stand by that decision.

My time at the Institute was fascinating. The better I understood the international humanitarian and development sectors, the less I wanted to be a part of it but also, the more I wanted to change it. This very top-down sector is full of contradictions and hypocrisies. In an attempt to build, we often destroy. It is far from decolonised.

Studying at the Institute allowed me to explore this up close through coursework, internships at the United Nations and the International Federation of Red Cross, ethnographic thesis research in Kenya, and many events and conferences in Geneva. Not a day went by that my classmates and I did not question how this sector functioned and what role we had to play in it. The Institute allowed me to engage with these critical questions and to meet classmates who challenged commonly held convictions and beliefs.

Upon graduating, I knew one thing for sure: I still had a lot to learn. I had sat in beautiful glass classrooms in Geneva talking about people on the other side of the world. It was time to talk with people. Or better yet, it was time to just listen. I started working for Doctors without Borders (Médecins sans Frontières – MSF).

As a Humanitarian Affairs Officer, I was responsible for witnessing suffering and injustice, collecting testimonies, and advocating on the health and dignity of people affected by conflict, epidemics and natural disasters. This position took me to the east of the Democratic Republic of Congo, refugee camps in northern Uganda, detention centres in Libya and on board a search and rescue vessel on the Mediterranean Sea. My time in Geneva did not only prepare me academically, but it also taught me to constantly question my power and position as a professional in this field.

After several years with MSF, advocating mostly for the rights of people on the move, I felt the desire to better understand how European migration and displacement policy was being shaped. If I really wanted to have an influence and contribute to a more humane and just migration policy, I needed to go to the very heart of the matter.

I became a Policy Advisor in Migration and Displacement at the Ministry of Foreign Affairs in the Hague, Netherlands. There, I was engaged in the same debates as when I worked for MSF in Libya, except now I was sitting on the other side of the table, carrying out a defined political agenda and policies. It was challenging, destabilising and humbling; black and white turned into gray. I realised how far apart the worlds of citizens, parliaments, donors, humanitarian actors and people on the move really were. I decided to contribute to building bridges.

Until today, that is what I continue to do: build bridges. I returned to Doctors without Borders. As an Emergency Coordinator in Chad, I manage a medical humanitarian team of people in listening and responding to the needs of, amongst others, people who have fled across the border from Darfur and Chadian semi-nomadic people, whose migratory routes are impacted by climate change.

Their stories and ideas cannot be taught in glass classrooms in Geneva, I realise that. But what can be learned is listening, engaging and challenging oneself. I am thankful for my classmates and professors at the Geneva Graduate Institute for teaching me that. 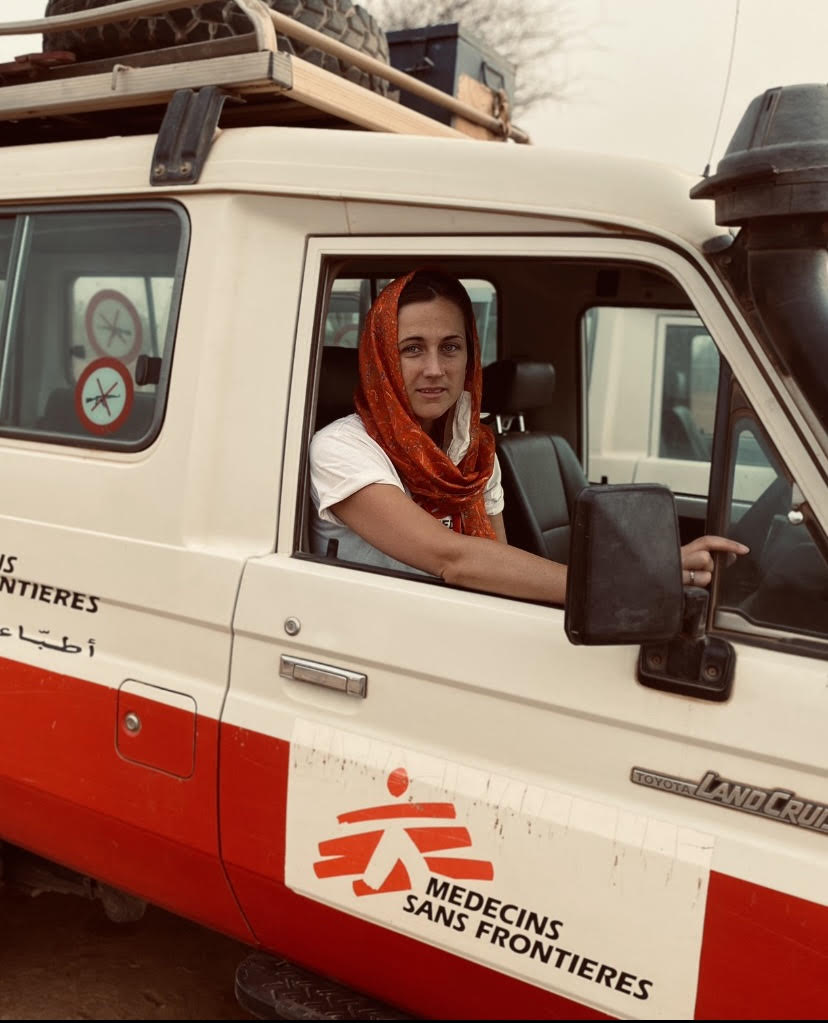