Rethinking Representation on the International Bench: Democracy, Inclusion and Legitimacy

Key messages and insights from the project workshop

With a stellar line-up of speakers and discussants, the workshop aimed to foster rich discussions on what representation means in international law (IL), how it applies to different international courts and tribunals (ICTs), and in which ways it can transform (or not) existing institutions. In addition to the panels where participants debated new ways of thinking about representation in the theory and practice of IL, as well as avenues for institutional change towards diversity and inclusion, the workshop featured the thought-provoking keynotes delivered by Professor Makau Mutua (SUNY Buffalo Law School) and Professor Gina Heathcote (SOAS University of London). 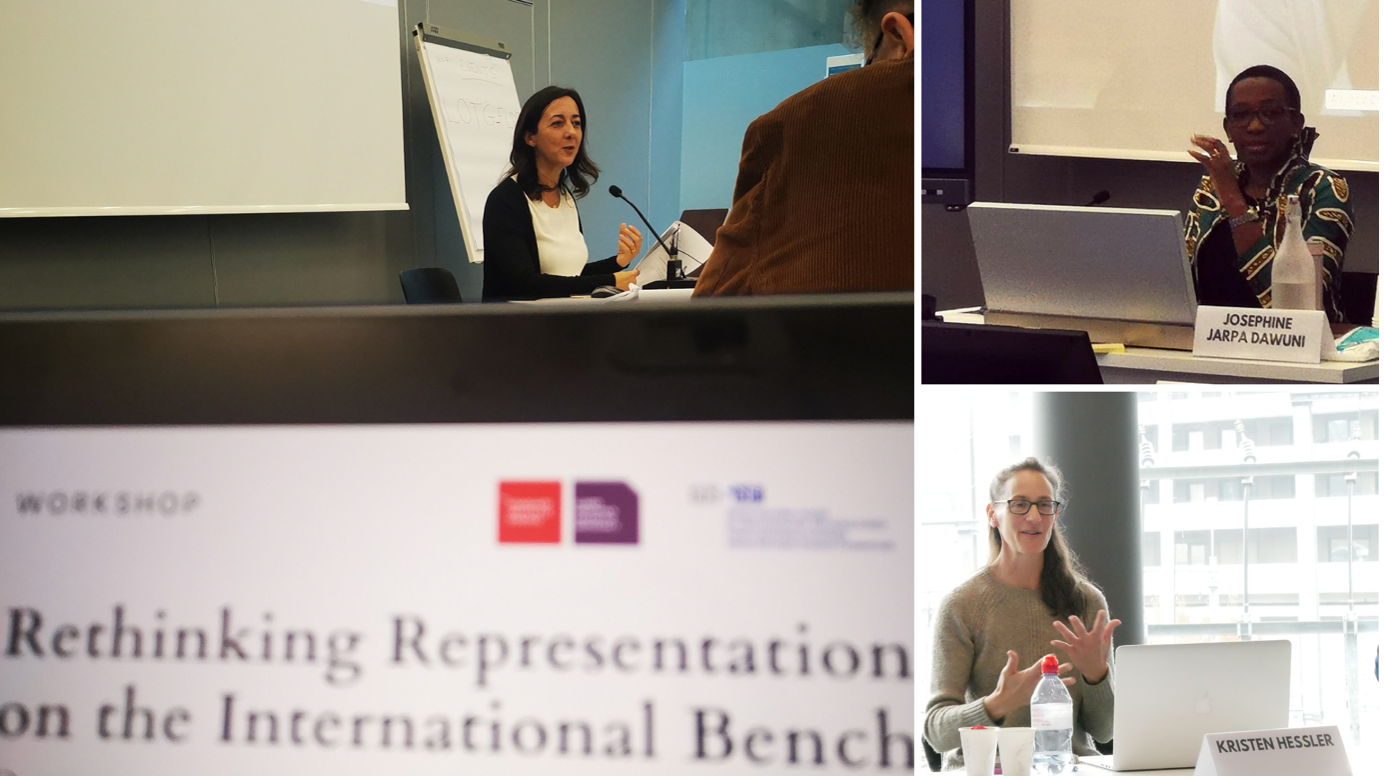 Kickstarting the panel sessions, Andreas Føllesdal (PluriCourts) discussed the issues of diversity and legitimacy in ICTs, suggesting new ways to devise more inclusive courts. He highlighted the importance of formalizing requirements for diversity in ICTs and promoting change in the culture of judicial decision-making. Regarding this last point, he called for ‘epistemic compassion’ in international justice. ‘Epistemic compassion’, as he explained, refers to the ability, energy, and commitment of the judge in being concerned with the plural circumstances and experiences of the populations affected by the cases at hand, all the while being mindful of the relevant facts and legal norms. Professor Neus Torbisco-Casals continued this discussion, underscoring the need to rethink representation in international courts as a way to decolonize their longstanding pale, male, and stale profile. She argued that conceiving representation and inclusion in ICTs through an approach that values difference and plurality in the judiciary could open the path for ideals of representation in ICTs that ‘recognis[e] the de facto historical misappropriation (or “colonisation”) of ICs’.  Professor Sujith Xavier (University of Windsor) commented both papers, highlighting the need to think beyond a liberal framework of recognition and representation in ICTs. He called attention to the rich TWAIL literature on these matters, and claimed these debates could not avoid the fact that ICTs are parcels of colonial projects and that the international order is built on racial inequality. 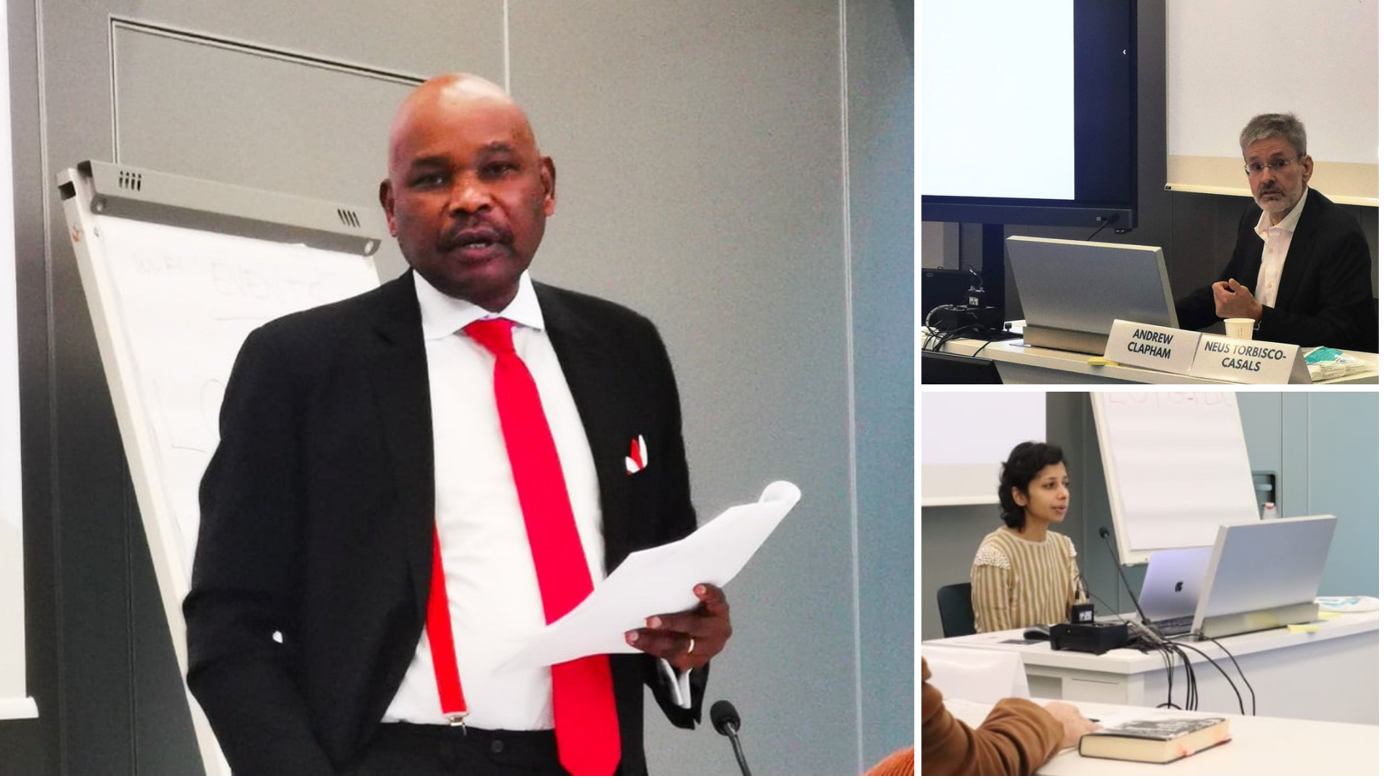 Continuing with these discussions, Professor Josephine Jarpa Dawuni (Howard University) prompted reflections on the relationship between transnationality and marginality of underrepresented individuals in ICTs. She explained that transnationality frameworks ––that is, relations between states and different actors in the global scenario–– are still exclusionary at their core. For that purpose, she explored the ongoing lack of diversity in ICTs and how their systems and processes of (s)election and nomination of judges contribute to ‘othering’ and marginalizing women and other minorities. Professor Kristen Hessler (University at Albany) engaged in a philosophical and political theory discussion about representation and judges in ICTs. Focusing more specifically on the importance of having the perspective of marginalized groups for human rights adjudication, she proposed a model of representation based on redressing hermeneutical marginalization. Hermeneutical marginalization, as she explained, refers to the epistemic injustices that are (re-)produced when the perspective of marginalized groups are excluded from the vocabularies and sensitivities of ICTs. Using the case of the recognition of sexual violence as a war crime, she highlighted the importance that agents in ICTs engage in a politics of receptivity; one that can listen and properly recognize the experiences and perspectives of marginalized groups when delivering justice. Professor Alejandro Chehtman (Universidad Torcuato Di Tella) discussed both papers. He put forward thoughts on how to account for marginalization comprehensively, posed the question of what scholars mean when they call for diversity, and brought up the role of academics in promoting diversity more broadly.

Introducing the discussion regarding institutional challenges to ensuring meaningful representation and diversity in ICTs, Professor Neha Jain (European University Institute) explored the role of judges in translating local concepts ––especially those that relate to the experience and perspective of marginalized groups –– into the global frameworks of international law and justice. Building on the case of Colombia’s Special Jurisdiction for Peace (SJP), she outlined how the diverse profile of SJP’s transitional justice judges allowed them to serve as intermediaries that translated Indigenous philosophies on justice, victimhood, and reparation into the language of international law. Professor Fionnuala Ní Aoláin (University of Minnesota Law School; Queens University, Belfast; and UN Special Rapporteur on the promotion and protection of human rights and fundamental freedoms while countering terrorism) provided a thought-provoking reflection on the current limitations and resistance of ICTs in accommodating mothering bodies. Sharing her own past personal experiences as a mother and a candidate to the European Court of Human Rights (ECtHR), she delineated how IL institutions are still unprepared and unreceptive to pregnant bodies, as well as to the care duties of parents. She also provided epistemological reflections on (m)othering in international law, that is: how international institutions marginalize the intersectional needs of individuals and agents in the practice of international law, calling for a continuous feminist curiosity in challenging and changing these exclusionary realities. Prof. Helena Alviar García (Sciences-Po) commented both papers. She underscored the importance of ‘scratching the surface’ of the alleged ‘successes’ of the Colombian peace process, as well as of other events in Latin America often deemed as favouring local communities. For instance, she highlighted that, despite the diverse composition of the SJP, tensions within and among the represented groups continued to exist.

The first day of discussions was wrapped-up by the keynote delivered by Professor Makau Mutua. His thought-provoking lecture drew parallels between the emerging scholarship on diversity in international courts and the TWAIL scholarly movement he took part in the late 1990s-early 2000s. He underscored that peoples see judgment through the lenses of their culture, and that a deficit of participation of different peoples in the international judiciary contribute to eroding these institution’s legitimacy among different groups. He also explored the importance of looking at the different experiences and challenges that minority individuals might face when participating in international institutions, using the notion of insider/outsider and outsider/insider to illuminate that certain minorities will encounter greater obstacles than others. He concluded by prompting a reflection on whether international law and its institutions can be saved from its exclusionary histories and continuities and, if not, what can be done to replace such a system. He then highlighted the need to think about bigger and more structural changes, in an effort to uproot the systemic exclusions of IL. 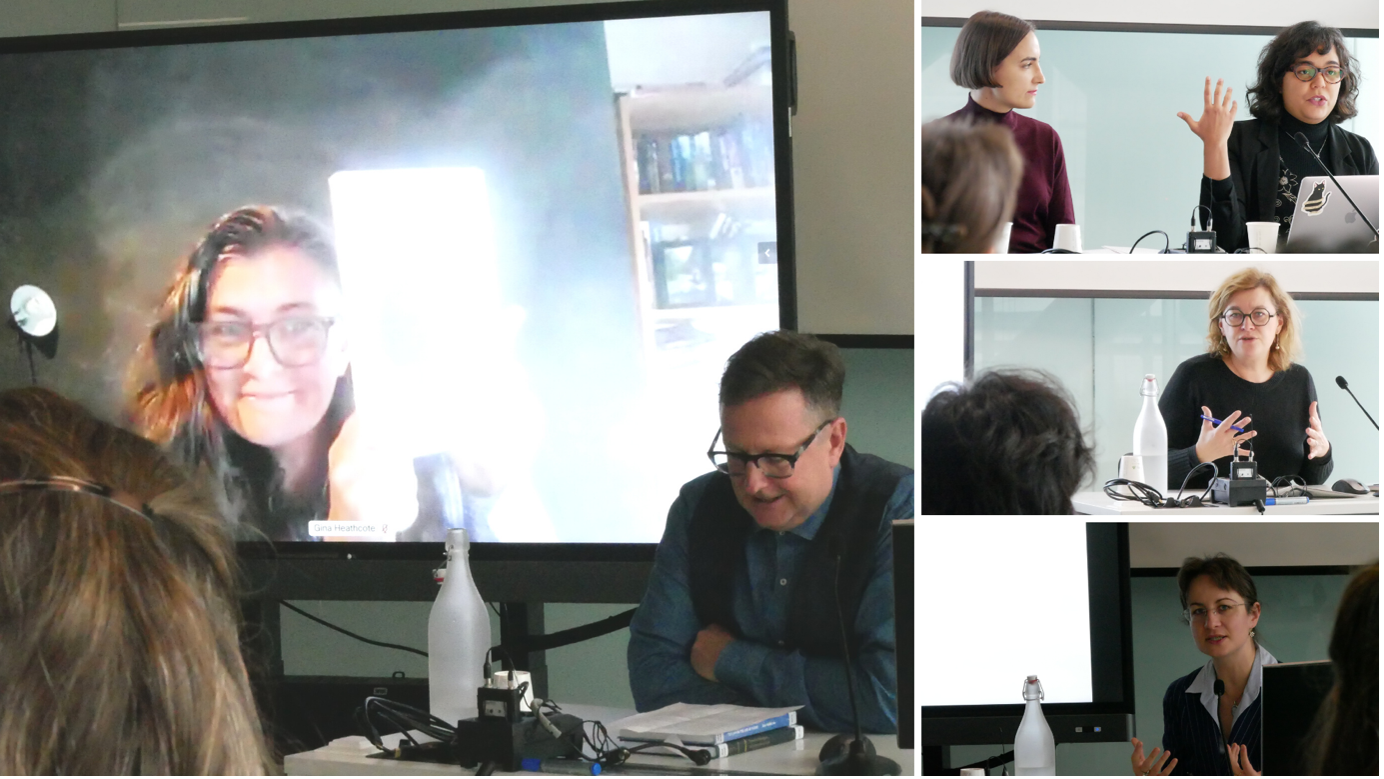 The second day of discussions focused on devising new institutional and academic avenues to rethink diversity, inclusion, and representation in ICTs. Prof. Stéphanie Hennette-Vauchez (Université Paris-Nanterre) analysed how the nominations of women in the ECtHR has historically remained under the low threshold of around 30%. She detailed that, despite recent progress at the level of the Council of Europe in diversifying the ECtHR, states have been reluctant to (and, sometimes, overtly averse against) implementing diversity quotas. In this regard, she highlighted that the often intricate and non-transparent processes of elaborating national lists for the positions of judges at the ECtHR have contributed to barring further progression in ensuring gender equity in said tribunal. Professor Freya Baetens (PluriCourts) continued the discussion regarding how skewed nomination and election procedures negatively impact the improvement of diversity on the international bench. Proposing specific solutions to addressing these problems, she defended the need to formalise diversity criteria in treaty law, incentivise civil society initiatives that aim at assessing the transparency and diversity of nomination lists, as well as build initiatives to support marginalized individuals throughout their careers towards judicial positions at the international level.

Juliana Santos de Carvalho and Justina Uriburu provided a critical review of current approaches to diversity in ICTs. Detailing the shortcomings of the contemporary mainstream scholarship concerning representation in ICTs, they criticized the often instrumentalist, essentialist, and meritocratic logics that underpin academic calls for reform and inclusion in international courts. Drawing from feminist theories, they called attention to the perils of carrying the message of enhanced diversity without a more critical engagement with the liberal, neocolonialist, and capitalist frameworks of the practice and theory of international law is not enough to trigger institutional change. Professor Bérénice K. Schramm (Bahçeşehir Üniversitesi) closed the panel by providing comments inspired by Audre Lorde’s Sister Outsider. By prompting more critical reflections on the epistemological frames that limit the imaginaries of legal academics and scholars in proposing change in IL institutions, she proposed a more careful reflection on whether it is possible to promote meaningful change through solutions that do not break with the current status quo of the international legal order. She called attention to the role of the academics to the issue of diversity in ICTs, as professors and researchers play a key role in rethinking IL through teaching and the production of knowledge. In that regard, she recommended more radically imaginative ways of teaching about diversity in IL, with the scope of redrawing the boundaries of a historically exclusionary discipline and practice.

Professor Gina Heathcote provided a thoughtful closure to the workshop through her keynote ‘Beyond Formal Participation: Intersectionality by Design’. Reflecting on interruptions as a methodology, she explained how the presence of gendered bodies within ICTs (with all the intersectionalities they entail) are an interruption to the ‘traditional’ operation of these institutions. She also explored the importance of thinking about representation through a postcolonial feminist lens, as such a framework invites us to think not just about diversity but also the different knowledge frames that impede meaningful diversity and inclusion. Building on Dianne Otto’s conceptualization of feminist footholds, she underscored the need to acknowledge that while liberal feminists introduced an important interruption to the male-dominated sphere of ICTs, their project is limited to the extent they only seek to “add” (white) women to the institutional framework of ICTs, devised to accommodate white, wealthy men. She encouraged a continued practice of feminist interruptions to such frameworks, with a specific focus on interruptions based on plural and intersectional feminisms.