Alumna Fumi Kurihara examines this question through her own experiences, recognising that "what it is to 'be Asian'" and "what people think 'being Asian' is" leaves a great divide when it comes to understanding issues of racism.

What does "anti-Asian racism" and "anti-Asian hate" capture and omit? Let me try to answer this question by reflecting upon three words: Asian, racism, and hate.

Let’s begin with the word “Asian”. When you ask yourself, “Who do I consider ‘Asian’?”, who do you instinctively think about? For me, the first three nationalities that come up intuitively are from the East of Asia: Japanese, Chinese and South Korean. I can’t tell you why, but other countries seldom make it on that list.

Upon reflection, I realised that growing up in France shaped my instinctive and subconscious assumptions of who is Asian. Everywhere I went, people simply labeled me as “Asian”, and over time, I internalised this label without ever questioning it. Twenty-plus years later, this label has stuck with me. The stickiness of these types of labels is, I believe, grounded in the influence others have on our own perceptions: how we see and understand our positionality is shaped by the way people read and treat us, whether it concerns our looks, religion, gender, sexuality or socioeconomic background.

From my experience talking to others about this subject and asking them who they think about when they hear the term “anti-Asian racism” or “anti-Asian hate”, many primarily think about the situation of “Asians” in the so-called “West”, such as in the US, Europe or Canada. But what about racism between Asians, both within and outside of Asia?

For example, as a Japanese citizen, I’m speaking and writing within the context of the history of Japan. This history includes Imperial Japan, which pursued an ideology of Japanese supremacy, culminating in the colonisation and occupation of wide parts of South-East Asia up to 1945.

Traces of this ideology can be identified today in Japan with respect to migration laws and attitudes towards people from other “Asian” countries. This history also includes the continued discrimination of minority groups such as the Zainichi Koreans, the Ryukuans, and the Ainus, just to name a few. And I know a lot of people, especially the older generations, who flinch when they hear that someone is dating or marrying a person who’s not considered “Japanese”.

I’m saying this because when we see particular events on social media with a certain terminology attached to it, we often consume it as is, or filter the content based on our values, morals and beliefs. However, it’s important for all of us to take a step back and ask ourselves: Who is generally considered or portrayed as “Asian”? Or, where do these Asians face discrimination? My impression is that the term “Asian” is used as an umbrella term to cover various people with different positions in society, which can obscure nuance and differences in favour of generalisations.

This leads me to the other two words I want to reflect upon: racism and hate. Now, this is just my opinion based on my own personal experiences, but I think all forms of anti-Asian hate are manifestations of anti-Asian racism. However,  not all anti-Asian racism is expressed through hatred or physical violence. It can be very subtle or even appear “benevolent” on the surface, which is particularly the case for Asians that are often labeled as the “model minority”.

Yet, what often makes it to the news cycles, spurring and shaping public debates, are the most extreme manifestations of hateful racism, namely acts of physical violence. This is even more pronounced in an era that is characterised by the attention economy and click baiting.

I really want to underscore here that I am not trying to undermine anybody’s experiences or downplay the severity of such horrific events. What I do want to point out is that if we focus solely on these extreme manifestations, we lose sense of the other manifestations of racism that people around us experience. It can also shape how people who are the victims of racism interpret their experiences, perhaps not labelling incidents as racism because they do not cross a certain “severity threshold”.

Even when people ask me, “Tell me about some of your experiences of anti-Asian hate”, I find myself in a difficult position because I know I have been subjected to different manifestations of racism, but I’m not sure I can say these experiences were necessarily driven by genuine “hate”. Let me give you an example.

A few years ago, I was in Lyon for a football match and I encountered a group of guys who said in French, amongst many other degrading things, “Ching chang chong!” Back then, I knew what they said was wrong because it felt wrong, but I didn’t recognise that it was a statement born out of racist beliefs, as well as a form of executing power.

I share this story because this was not necessarily motivated by pure, cold hate. One might even trivialise it by saying, “It was just guys messing around”. But they were using racialised slurs and acting upon power asymmetries, and I think that by focusing too narrowly on terminologies such as “anti-Asian hate” – which are necessary to encapsulate certain experiences of Asian communities in certain places – these manifestations of racism are at risk of slipping through the cracks.

One final issue that I think underlines my point about the importance of reflecting on words such as “Asian”, “racism” and “hate”, and their blurry intersections, concerns job hunting, work permits and visas.

In my experience, after graduating from the Institute, I was able to stay in Geneva longer than many of my other “Asian” counterparts because I hold a Japanese passport, which meant I was eligible for an 18-month Young Professional Visa. This visa is tied to a job and is granted to certain countries that have bilateral agreements with Switzerland.

While this list might not be an expression of “hate”, it creates a “hierarchy of nationalities” in Switzerland. By "hierarchies of nationality", I mean that students graduating from Swiss universities do not have an equal chance to stay in the country. Depending on the passport you hold, your chances to find a job and stay in the country are higher or lower, no matter what you yourself do.

Once my 18-month visa ended, my contract also ended because my employer wasn’t able to sponsor my visa. Long story put short, I was sans-papier – or paperless – for half a year. During this time, I applied for countless jobs in Europe. However, I couldn’t apply for everything that’s out there because I am not an EU/EFTA citizen; I could only apply for jobs that would sponsor my visa.

At one point, I realised that I was no longer looking at the job description when applying for something: I was automatically scrolling down the page to see whether the employer would grant me a visa or not. And I’m speaking about this experience as someone who possesses one of the “most privileged” passports in the world.

Some people might ask, "Are permit and visa issues really racism or hate?", to which a speaker in one of my episodes responds: “I don’t know. But it does a similar job.”

I want to end this piece with this quote because we can discuss definitions of racism and what should or should not be labeled as racism – these are certainly very important discussions that we need to be having. But what my interactions with all the amazing people I’ve spoken to on my podcast so far have taught me, is that racism is also a very personal experience; it's different for everybody. Sometimes experiences can’t be defined or categorised under any umbrella term because it’s not always clear-cut.

To truly understand racism, it’s important that we humanise the subject. By humanising, I mean that abstract definitions have to be complemented by listening to people's stories, no matter how trivial they appear at first, and, most importantly, believing in what people are telling you.

Fumi Kurihara is the Founder of #OUR_ and Producer/Host of #OUR_racism, a podcast where people of different backgrounds share their personal experiences and racism from around the world.

Fumi is currently pursuing her PhD on digital health at the University of St. Gallen, where she also works as Research Associate at the Institute for Information Management (HSG-IWI).

Her professional interests lie at the intersection of global health, digital health, diversity and inclusion. She holds a Master in International Affairs with a specialisation in Global Health from the Graduate Institute, and a Bachelor of Arts from Waseda University in Tokyo, Japan. 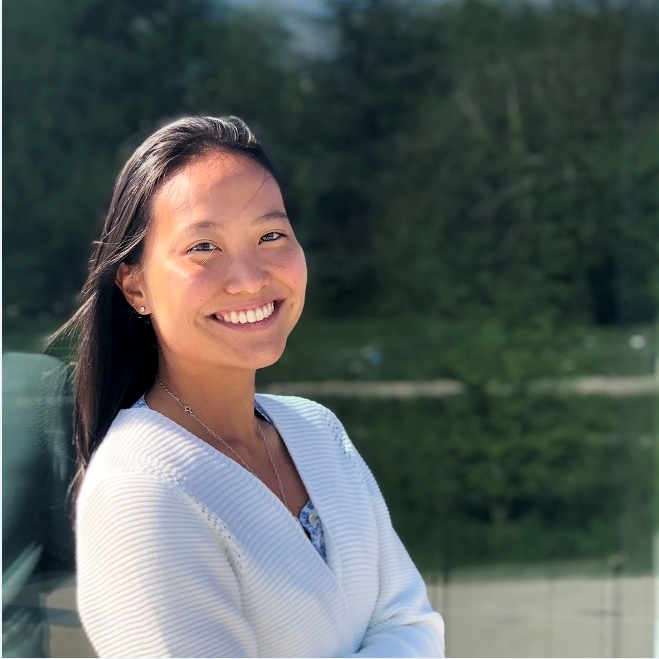