Following the unveiling of the Edgar et Danièle de Picciotto Student Residence in 2012, the Graduate Institute of International and Development Studies is about to complete a new building: the Grand Morillon Student Residence. Located in the United Nations neighbourhood in Petit-Saconnex, it will house nearly 700 students as of next January. The building, with its disconcerting lines and cost of CHF 120 million, was designed by renowned Japanese architect Kengo Kuma.

Interview with Pierre Guth, Director of Construction at the Graduate Institute.

Join us on February 23 at 18:00 CET for the inauguration of the Grand Morillon Student Residence.

The will of this project has always been to create an environment capable of generating a unique life experience. We didn't just want to build a student housing building. 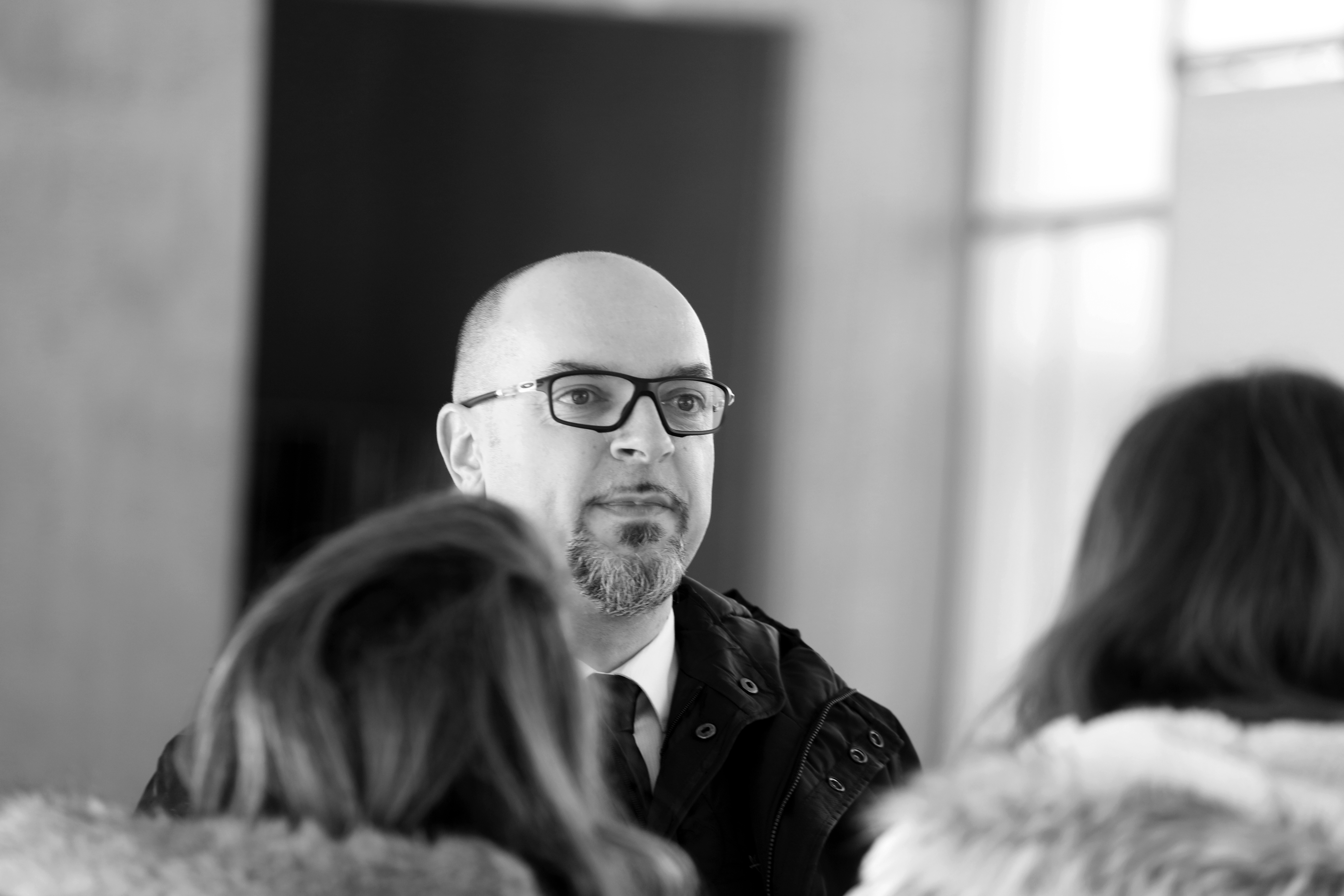 Why did you situate the two buildings on either side of a central green corridor?

To understand this, it’s necessary to look at the history of the project: following various negotiations, the land on which we find ourselves today was divided into two plots. The International Labour Organization (ILO), owner of one of them, decided in 2015 to sell it to a private Geneva-based foundation that has been supporting the Graduate Institute for a long time. Once it had taken over the land, the foundation in question granted the Graduate Institute the right to build and contributed its own funds to the construction of the new buildings. The second plot of land remains in the hands of the State of Geneva, which granted it to the Terra & Casa Foundation and to Médecins Sans Frontières (Doctors Without Borders), so that these organisations can develop their own infrastructure (delivery planned for 2021-2022). A local district plan for the neighbourhood, which I had the opportunity to steer, launched in 2015 for the plots of land of these three project owners. At that time, the State expressed the wish to build the Promenade de la Paix (peace promenade) – eventually linking the lake to the airport – in the midst of the new buildings. The layout of the two built volumes of the Grand Morillon Student Residence, linked together by a footbridge, is the result.

A small town is coming to life here, on a total surface area of 20,000 m2. For this, an unavoidable stage was the competitive process. How did you proceed?

The first step was the selection of a landscape architect (Spanish firm EMF accompanied by AB Ingénieur) for the entire local district plan. Through a harmonious exterior design open to the public, this firm would create “the cement” binding the three projects. For the architecture, each of the three entities conducted its own competitive process. For the Graduate Institute, we launched an international call for submissions in May 2017, inviting 24 offices, 6 of which participated in the second round. The winning project was that of architect Kengo Kuma (Tokyo), associated with Geneva firm CCHE. Following a call for tenders in 2018, the project was awarded to ComplexBau, a general contractor.

When working with a Japanese architect who was not familiar with the Geneva context, weren't you afraid of ending up with a project that would not connect with the local reality?

Indeed, it was necessary to adapt and reach a consensus...but I must say that Kengo Kuma has the extraordinary capacity to reinvent himself for each project and to adjust it to the particular situation. His proposals evolved over the course of the call for submissions. And it is the attention to detail that distinguishes an internationally renowned architect like Kuma. Nothing escapes him! CCHE also supported the Japanese team, particularly with regard to regulations, standards, etc. This collaboration had also borne fruit in the past, as the partners jointly realised ArtLab, the famous covered wooden pavilion on the campus of the Swiss Federal Institute of Technology (EPFL) in Lausanne.

In order to create a community spirit among the students, many of whom are foreigners, the project includes 2,000 m2 of activity space. How did you arrange these spaces?

Rather than placing the activities on the first floor as is traditional, Kengo Kuma had an original idea: have the students climb inside the building itself through sloping platforms. He thus developed his “gradual walk” concept. Visible from the outside, a path carved into the glass facade rises by turning around the first building to reach the second via a footbridge and continue its ascent. This gradual walk channels the flows and encourages encounters, thus giving life to the two buildings. Along the way, students have access to: a shop with juice bar, study rooms, an amphitheatre, a café-restaurant with its terrace on the footbridge, a centre for associations, meeting spaces, a two-level fitness centre, a large multi-purpose room opening onto the panoramic rooftop terrace, etc. In addition, there are 26 communal kitchens identifiable on the facade by their large openings.

The layout of the activities creates a sculpted breach in the facade that you describe as a canyon...

Indeed. Kengo Kuma likes to explore the contrasts between cold and warm. They materialise in a distinct way: the facade is clad with metal and glass, while inside this breach, wood is the dominant aspect. Inside, the residential units use a compact and functional grid. Industrially prepared wooden cladding and integrated furniture are delivered ready for assembly onsite. Note the attractive, very Japanese bench – a hybrid element serving as both a sofa and a storage box – installed at the foot of the windows! The individual bathrooms (toilets, sinks and showers) are prefabricated elements that merely require installation and connection to the mains.

What are the other particularities of the project?

Kengo Kuma has imagined a residence that transforms over time, making it unique at any time of the day or night. To do this, folding shutters made of pierced metal mesh are part of the windows. Unfolded as needed, they allow a little light to pass through while offering real thermal protection. In addition, the residence will connect to a remote network for heating and to the GeniLac network for the cooling needs of the activity spaces. The building will meet the High Energy Performance standard. In addition, a large part of the roofs will be covered with vegetation: two of them will be used for communal vegetable gardens, while the others will be extensively landscaped and/or covered with solar photovoltaic panels. On the ground, trees will eventually form a beautiful canopy. At the entrance, a small square with a more mineral aspect will serve as a link with the adjacent buildings. Finally, there are plans for a common parking ramp to serve all three projects.

What types of accommodation will be offered to students?

A total of 678 beds of various types will be available to students: 515 individual studios (with or without a kitchen), 88 one-bedroom flats, 6 two-bedroom flats and 21 three-bedroom flats. With this new offer, which will complement that of the Edgar and Daniele de Picciotto Student House, we will be able to provide students with accommodation for the duration of their studies. Our aim is to offer them an exceptional living environment that combines accommodation and activities in a meaningful way, not to mention the view of the lake and the Alps that the future residents will enjoy!

The French version of this interview was published in « Tout l’immobilier » on 7 December 2020.
Interview by Véronique Stein 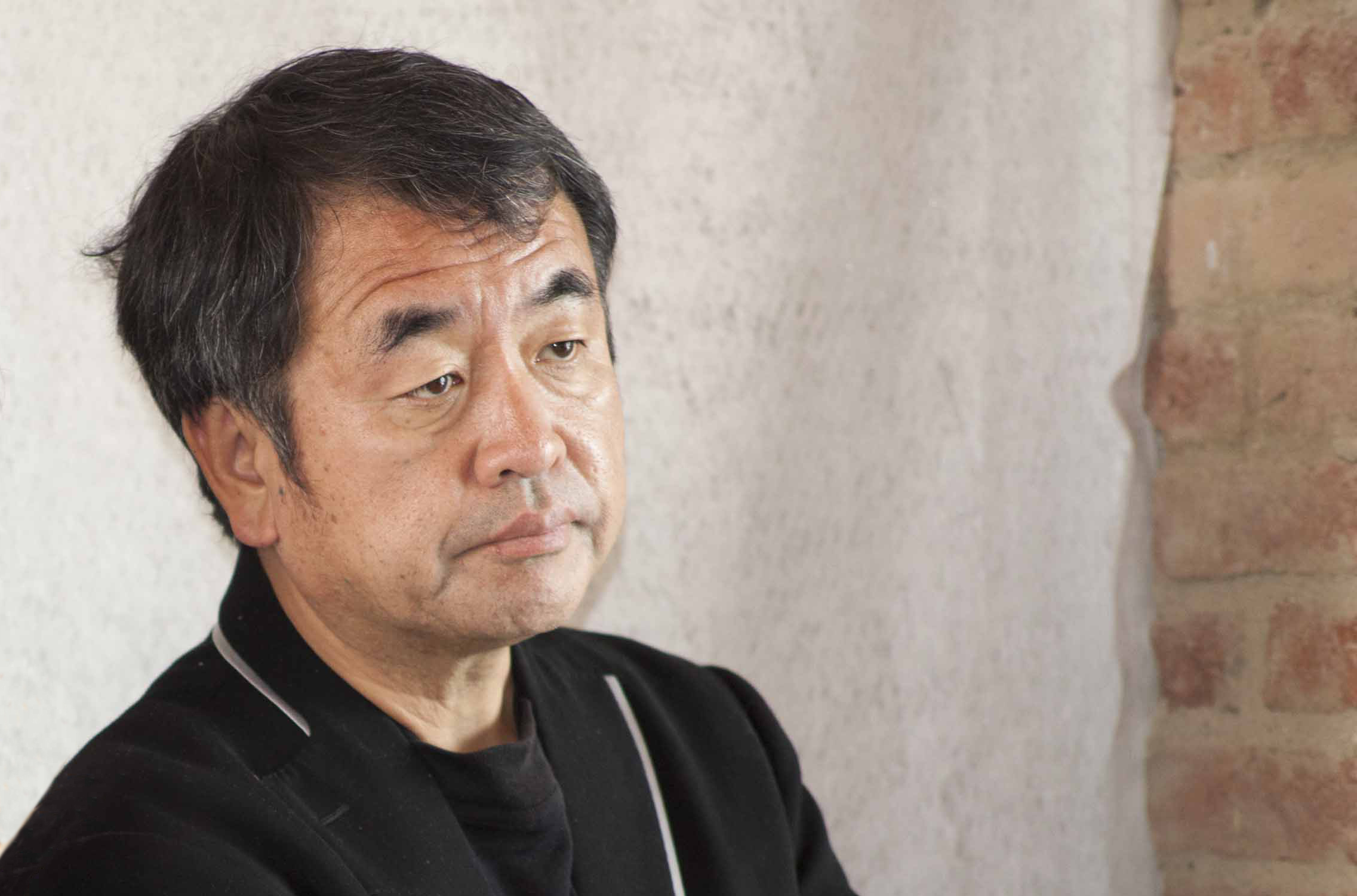 Present in Tokyo and Paris and a professor at the University of Tokyo’s Graduate School of Architecture, Kengo Kuma has acquired a worldwide reputation for works distinguished by a reinterpretation of Japanese tradition and notably recognisable by the desire to integrate nature into the city. In Europe, he created the music and dance conservatory in Aix-en-Provence and the EPFL's Under One Roof building. He was chosen to build the main stadium for the Summer Olympic Games in Tokyo.