Boost your academic profile in Geneva, one of the most international cities in the world

Geneva is home to the world’s highest concentration of international organisations and diplomatic missions. Along with the rich array of non-governmental organisations and multinationals headquartered in the Lake Geneva region, they form an exceptional density of global governance stakeholders.

In recent years, the Institute has concluded a dozen memoranda of understanding with key international actors in the Geneva area. These agreements provide a framework for the parties to advance their mission through a wide range of strategic, collaborative endeavours.

In 1919, Geneva was chosen to house the League of Nation's headquarters. After 1945, Geneva became the European headquarters for the United Nations Office (UNOG), where 172 States are represented by permanent missions. Today, it also hosts the headquarters of a large number of UN specialised agencies, other international institutions (such as the World Trade Organisation (WTO) and the European Organisation for Nuclear Research (CERN) as well as the World Economic Forum. More info.

Along with New York, Geneva is the world's most important conference centre, hosting over 170,000 people participating in 4,500 international meetings each year.

The Graduate Institute was created in 1927 at the time of the League of Nations. It was then the first academic institution in the world entirely devoted to the study of international affairs. Our vocation is to analyse and stimulate critical thinking in the fields of international relations and development issues through its teaching, research, executive education and public events.

Since the creation of the League of Nations in Geneva in the aftermath of World War I, the Institute has maintained close ties with International Geneva. In particular, we:

Home of the Graduate Institute, the Campus de la paix is a network of buildings strategically located in the heart of International Geneva, extending from Place des Nations (the United Nations Headquarters) to the shores of Lake Geneva, spanning two public parks.

By being rooted in the heart of International Geneva and open to the public, it exemplifies the notion of the school's commitment to society. 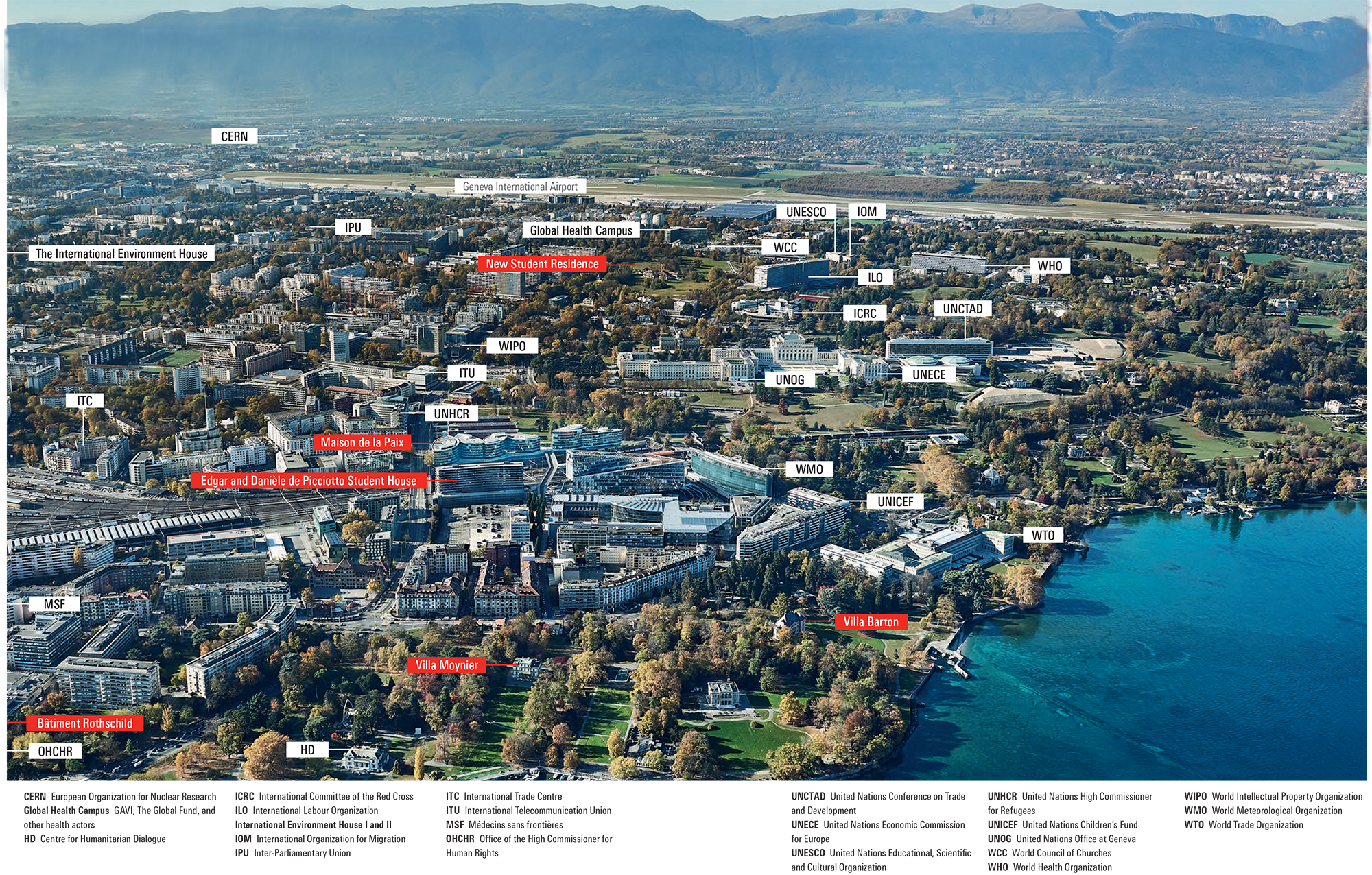 Our Campus in the Heart of International Geneva (in red)

The Graduate Institute hosts a large number of eminent guest speakers – both academics and practitioners. Experience over 250 public events each year, where students and faculty debate key global challenges with leaders from governments, international organisations, industry and the not-for-profit sector.

Thanks to its broad range of expertise and outstanding facilities, the Institute attracts world leaders and experts from across the globe. It owes its success in part to the close relations it has established with international actors from across all sectors in Geneva. Partnering with these actors allows the Institute to maximise the impact and coverage of its activities and to contribute to International Geneva. 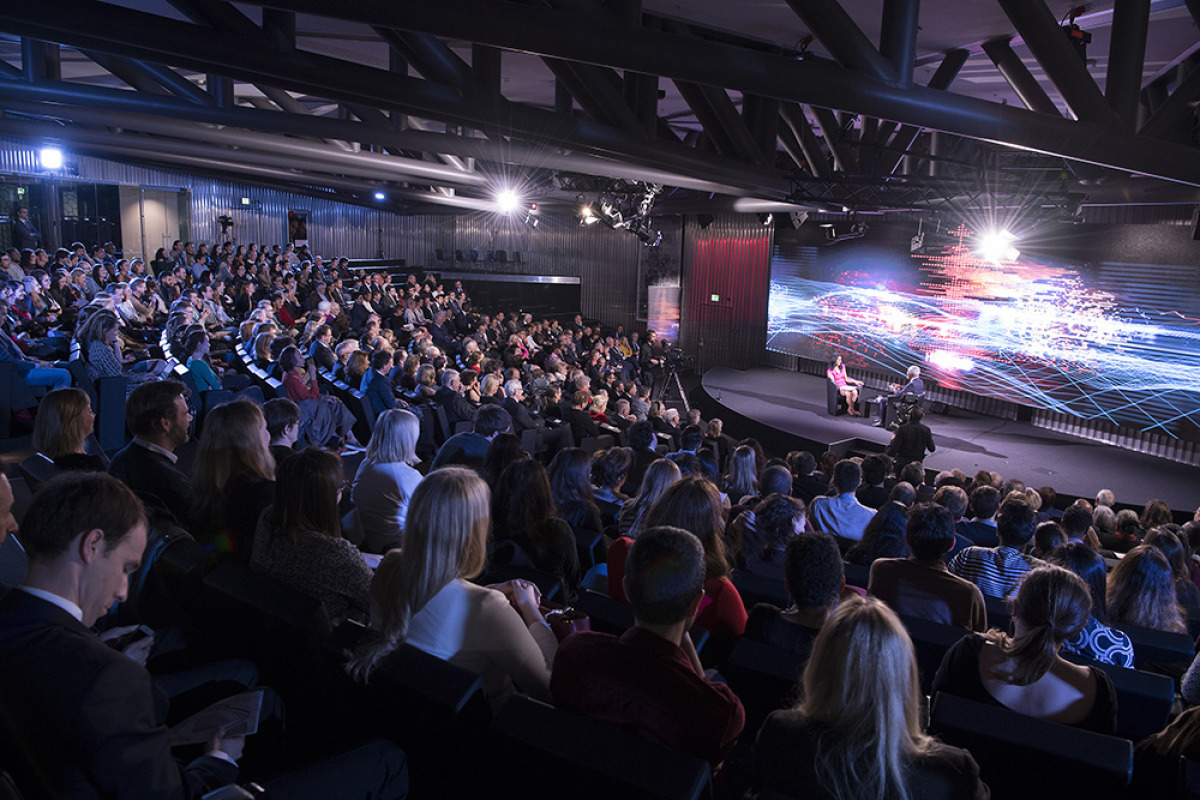 On 12 April 2018, former UN Secretary General and Graduate Institute alumnus Kofi Annan was interviewed by Zeinab Badawi, a journalist for BBC’s HARDtalk about escalating tensions between the USA and Russia and the UN’s role in preventing conflict.

Quality of life in Geneva

International quality of life indexes consistently rank Geneva among the top 10 cities in the world.

The city is clean and safe. It boasts high-quality public facilities. It is easy to get around, either by bicycle or public transport. The railway network makes it possible to reach all of Europe's major cities with ease. The international airport is just 20 minutes from the city centre and is well connected to destinations across the globe.

The percentage of foreigners in Geneva is very high (40%): it is comparable to the ratios found in New York or London. This is reflected in a wide variety of cultural events and culinary experiences. 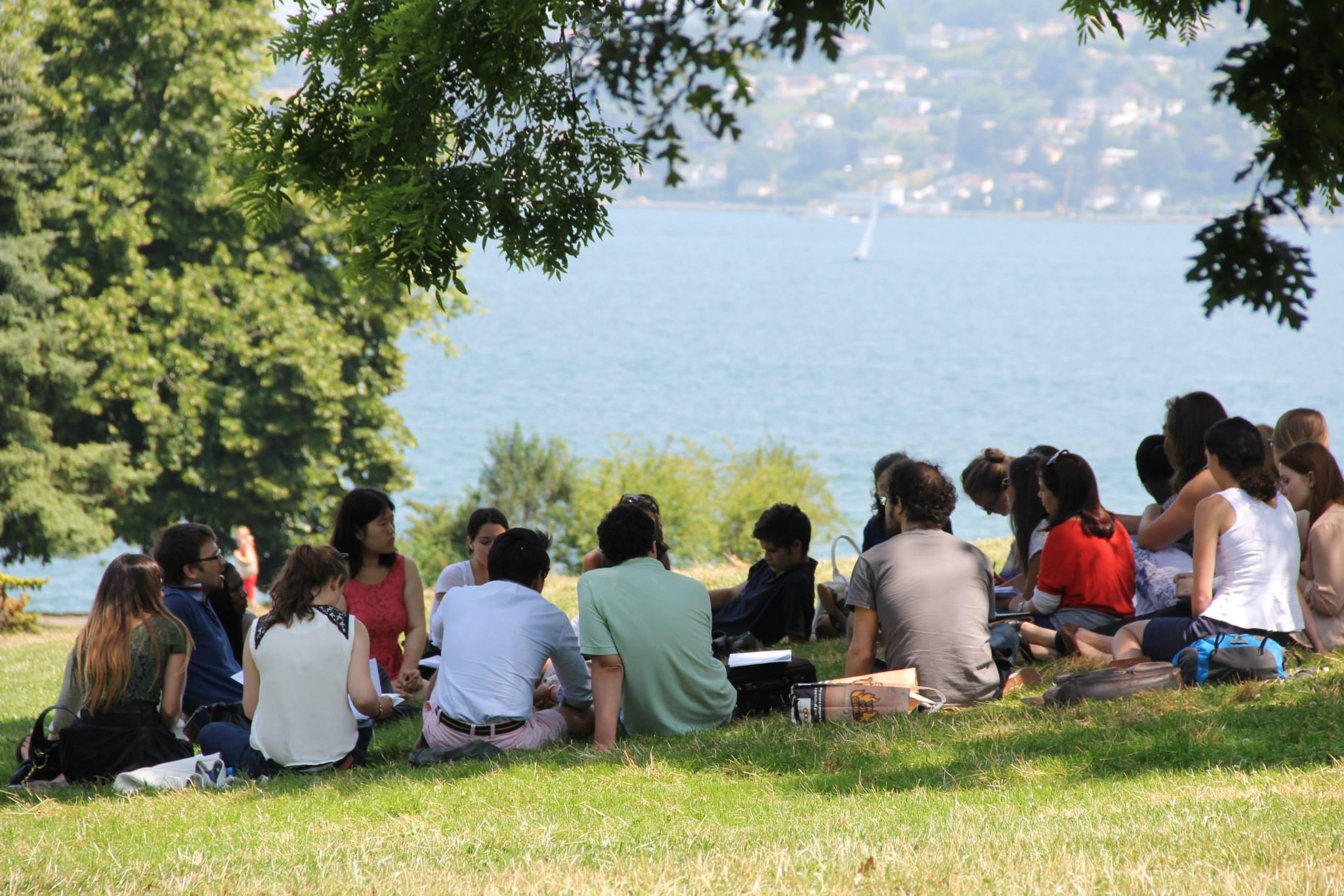 MORE ABOUT OUR PROGRAMMES

More about the Institute

Academic excellence at the heart of our mission

Prepare your international career in Geneva