Discovering the Possible: The surprising world of Albert Hirschman

Luca Meldolesi, the colleague and caretaker of Albert Hirschman’s documents and archives, is the first guest of AHCD’s new podcast.

The episode explores Hirschman’s immense intellectual legacy, which has profoundly shaped the world view and the engagement of many fellows, scholars and practitioners for several generations, including Professor Meldolesi himself.

His meeting with Hirschman, he begins, could be described as the result of a “spontaneous constellation of circumstances” at a time when Hirschman was concerned with cultural and political developments in the United States.

Professor Meldolesi offers his reading into Hirschman’s concepts or “strategems”, including his emphasis on “complicating economics” beyond simplistic schools of thought, and on a well-rounded approach that “does not forget” the perspective of smaller or less privileged regions.

Luca Meldolesi is an economist, historian of economic thought, professor of economic policy, expert in development economics, and the functioning of the state. He has developed his original scientific point of view, multidisciplinary (from economics to history, from political science to sociology), working in England with Piero Sraffa, in France with Fernand Braudel and in the United States with Albert O. Hirschman. In Italy, he taught at Sapienza in Rome, at the University of Calabria, at the Higher School of Public Administration and at Federico II in Naples. He founded the A. Colorni-Hirschman Institute in Rome. The Institute welcomes any initiative, in whatever form and content, that calls attention to the remarkable turn of the mind and way of thinking stemming from the work of Eugenio Colorni and Albert Hirschman. Among his numerous books: Discovering The Possible: The Surprising World of Albert O. Hirschman (1995), Critical Thinking in Action: Excerpts from Political Writings and Correspondence (2019).

Christine Lutringer is executive director and senior researcher at the Albert Hirschman Centre on Democracy. Her work explores democratic practices in the context of the mobilisation of new social and political actors. In particular, it examines social movements and their influence on democratic politics and policy-making at the local level. Her current projects focus on contemporary reforms of public policies, democratic practices and accountability.

Subscribe to the podcast HERE and join us in two weeks for an episode on conducting field research in states in transition such as Uganda, hosted by AHCD Ambizione Research Fellow Rebecca Tapscott. 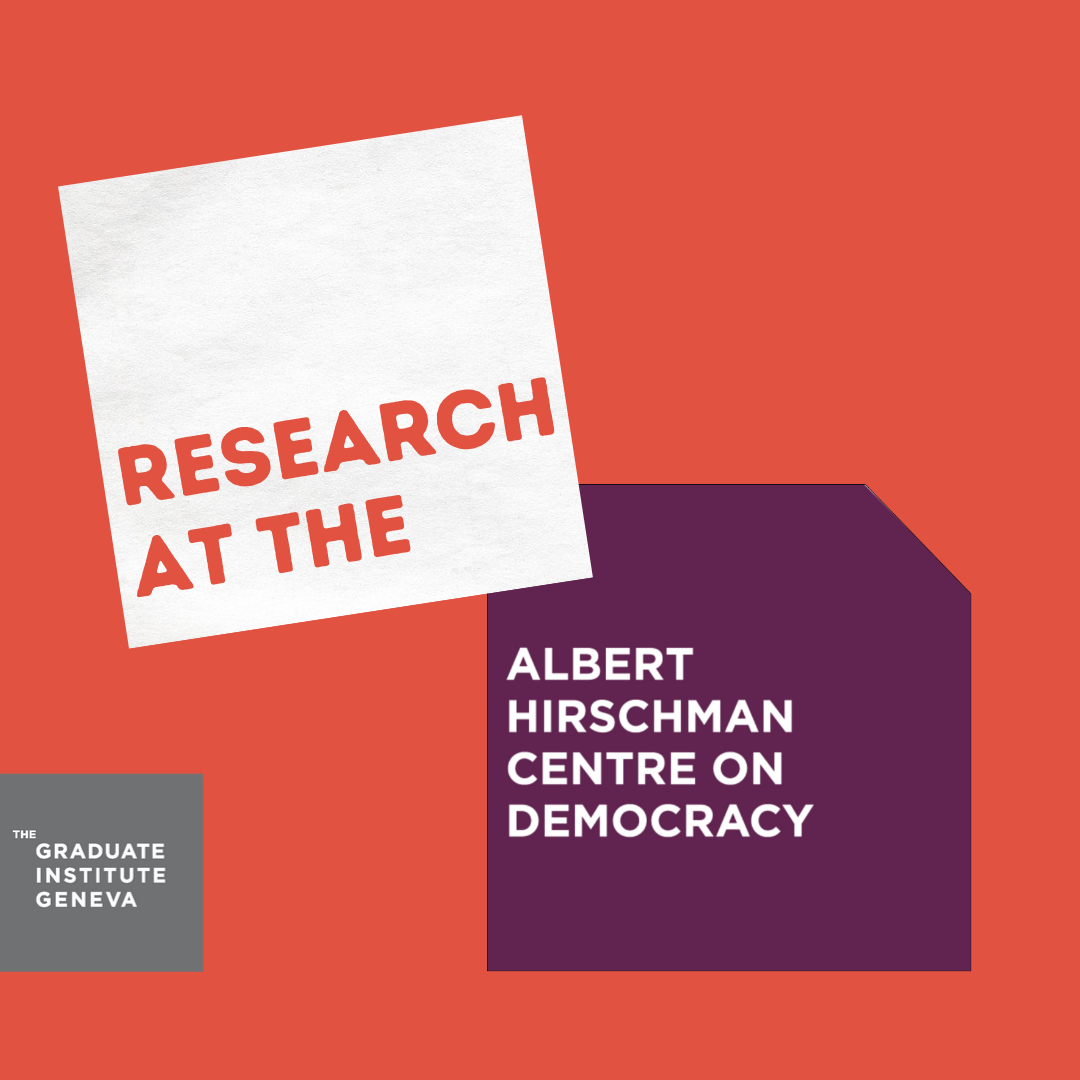